But Netanyahu described Iran, Islamic State and the militant group Hamas that controls the Gaza Strip as part of a single team, comparing them all to Germany’s Nazis, who killed six million Jews in World War Two. “The Nazis believed in a master race; the militant Islamists believe in a master faith,” Netanyahu said in his speech at the annual gathering of the 193-nation assembly in New York. “They just disagree who among them will be the master of the master faith.” “Make no mistake, ISIS (Islamic State) must be defeated,” Netanyahu added. “But to defeat ISIS and leave Iran as a threshold nuclear power is to win the battle and lose the war.” (Reuters)

I really don’t care what he said, because I’ve heard it all before, and I’ve blogged it, too.

The truth is that there’s great bitterness, disappointment in Israel, because as bravely and firmly as Bibi speaks in forums like the U.N. General Assembly, we don’t see that strength on the ground here where we really need it in action. This past summer Bibi led our brave IDF to slink away grabbing at ceasefires with our enemy as if we had been defeated.

The Israeli south and north are in fear of the many sophisticated Arab terrorist tunnels hidden under seemingly peaceful fields, orchards, neighborhoods and schools. And it’s no secret that seemingly innocent looking schools and hospitals in Gaza are really missile launching sites in disguise. It’s no comfort to hear that 80% of the missiles were destroyed, because we all know that like a cancerous tumor or dangerous bacteria left in the body after insufficient, abbreviated treatment, they will soon expand to larger than the previous amount.

Despite Bibi’s brave and strong words, facts on the ground here in Israel are different. The Israeli Government hasn’t adopted the “zero tolerance” policy against Arab terrorism. Jews who are attacked by Arab terrorists aren’t getting necessary aid from the IDF and police.

Local Arab youths took advantage of the lack of police presence almost immediately to carry out what appears to have been a pre-planned ambush. Hanan recounted how an Arab horseman began intimidating a group of Jewish families walking near to Hanan’s group, including young children, by charging them repeatedly with his horse. Then, two Arab youths began pelting the families with rocks and bottles, eventually forcing them to turn back. (Arutz 7)

Many Jewish Jerusalem lightrail passengers avoid the northern section of the route from French Hill to Pisgat Zeev because of increased attacks and harassment by Arab passengers. They take buses instead.

We Israelis would prefer that our Prime Minister use actions rather than words. Nothing he says or pictures he shows will ever earn us friends and allies among United Nations member nations. We have only one true ally and leader, and it’s not a person or country. As we say in our prayers:

The World Wouldn’t Care if Israel was Destroyed, G-d Forbid‏ 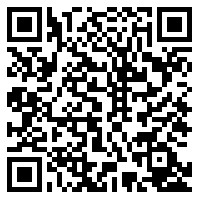