With all I’ve been reading about the election polls showing how the loony Left Isaac Herzog, Tsipi Livni, Yair Lapid and political chameleon Moshe Kahlon can win, I wonder why we should bother voting. The poll pundits have it all choreographed and finalized without the expense of a Knesset Elections campaign.

As we’ve known forever, the Israeli Media is rigidly Left and always has been.

Yes, that’s possible. The pollsters and the media are working hard to push the Leftist parties into the correct alliances to get the results they crave.

Lapid and Kahlon have both denied they intend to run together. But Lapid has said he would explore multiple possibilities about running in conjunction with other parties. If they do not run together, Labor would win 23 seats, the Likud 21, Bayit Yehudi 16, Yesh Atid and Kulanu 10 each, Yisrael Beytenu eight, United Torah Judaism and Meretz seven each, two Arab parties five each, and Shas and former Shas chairman Eli Yishai’s Ha’am Itanu party four each. The poll of 507 respondents representing a statistical sample of the adult population found that 27 percent of respondents remain undecided. Among those who call themselves centrist, the figure is even higher: 39%. The survey’s margin of error is 4.3 percentage points. But there’s a very important historical fact they try to ignore. Two elections ago, Kadima, then led by Tsipi Livni got more seats than Likud; however, Livni was incapable of putting together a coalition. That’s how Bibi became Prime Minister.

Israeli governments aren’t completely decided by Knesset Elections. Political parties must join together in a coalition to form a government. The art of creating and controlling such a coalition isn’t easy. It takes political smarts that are hard to come by.

Netanyahu, who is labeled as Right but promotes himself as Center, has managed to craft coalitions three times already. Last time he made some bad mistakes. He ran with Avigdor Lieberman’s party which weakened his Likud. And he found himself forced to take on Yair Lapid because of pressure by Naftali Bennett. It seems that this time he is letting Bennett take on Lieberman’s “old job” as “the big mouth on the Right.” Bennett has been campaigning against a Palestinian state, while Bibi is committed to the “Two State Solution.” That puts Bibi’s Likud in the Center where he thinks he should be. But I wonder how many voters want a parve/neutral party that doesn’t give firm leadership.

Many Right voters are sick and tired of voting Likud and getting Leftist policies. And more are realizing that voting Bennett will get just Likud “yes men.”

We still have almost three months until the elections. Maybe the voters will surprise the pollsters. 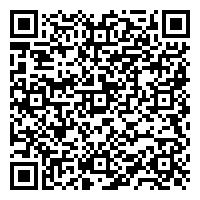