I can’t find the post/item from early in Donald Trump’s political/presidential career in which he said that there can never be an imposed peace; the parties have to negotiate themselves. But I do remember blogging about it with enthusiasm. Unfortunately for all, including Trump’s eventual record as United States President, someone, or the dangerous feeling of omnipotence as POTUS, turned his head.

Donald Trump and his close staff, including his Jewish son-in-law Jared Kushner, have stepped in it for sure with their so-called “Deal of the Century.” It’s not a “deal.” It’s a dangerous proposal they want to impose on Israel and our neighbors enemies.

Even if it’s better for Israel than all previous proposals, it won’t give us PEACE.

The closest thing to true peace and security for the State of Israel and the Jewish People world over would be:

Those are the basic principles. Once our enemies realize we mean business, life will be more peaceful, Gd willing.
Advertisement 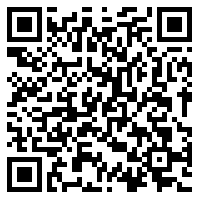