Set aside your preconceived notions and knee-jerk responses. The just-released Trump Plan for the Middle East is a game-changer whose results will be overwhelmingly positive—if our community helps provide it with the oxygen it needs.

It’s incumbent on us to give it that oxygen. President Trump has proven repeatedly that he is the best friend that both Israel and the Jews have ever had in the White House. Unlike so many others, he deserves the benefit of the doubt. He has earned our goodwill.

It’s not about the Israeli/Palestinian conflict; it’s about the Arab/Israeli conflict.

The Trump Administration’s entire foreign and security policy has been grounded in reality. It’s no surprise that many see it as pro-Israel. The notion that the plan is unfairly biased towards Israel is possible only because of a dominant, false, anti-Israel narrative has taken hold in the years since Oslo, casting Israel as a colonial oppressor state. Anything that snaps the world back to reality will necessarily appear favorable to Israel.

So let’s talk about reality.

The Jewish people have identified as a nation for over 3500 years. In all that time, we have claimed one homeland. Never for a minute have we relinquished that claim. Over the centuries, may others have lived in our homeland, but—until quite recently—none ever claimed to be a distinct nation, and none ever claimed it as a homeland.

Still, events of 1948 and 1967 did disrupt life for hundreds of thousands of Arabs. Many of their descendants now chafe unhappily beneath (at least partial) Israeli control. Over the years, Israel has made many concessions and proposals, and taken many security risks, to improve their lives—yet their leaders have rejected every one of them, usually with extreme brutality. These Arabs are not going anywhere any time soon. One way or another, Israel must deal with them.

That’s reality. Only a plan that recognizes the integrity of the Jewish nation, the reality of Arab residents, and the rejection of Palestinian leaders can possibly succeed.

Under Oslo, the Israeli left pushed the world to abide the lie of a distinct Palestinian people. Nothing is possible in the face of such a foundational lie. The Trump plan reverses course by shifting the focus from rights to behavior.

The logic of Oslo leads from a false premise to a clear conclusion: If a distinct Palestinian people exists, its claim of self-determination is a matter of right. Israeli disenfranchisement of that claim is thus manifestly unjust.

The Trump plan disproves this conclusion by removing the false premise. It focuses entirely on behavior. It rejects the notion of a Palestinian state as a matter of right, entitlement, or justice. It says that if the Arabs living under Israeli control change course, accept the largesse they’ve been offered, focus on their own internal development, and make peace with Israel, they will have earned self-governance.

The Trump plan also has something that all prior plans have lacked—an expiration date. The Arabs have four years to reform themselves and accept the plan. If they do, great. If they don’t, neither the U.S. nor Israel are obliged to hand them any of the benefits they’ve refused to earn—including self-governance or statehood.

In the meantime, the Trump plan goes to the heart of the Arab/Israeli conflict. Most of the Arab states still standing have come to recognize Israel as a potentially valuable strategic and economic partner. They want a better future, but they’re trapped in their own past. Decades ago, they invented “Palestinians” and effectively gave the PLO—now Mahmoud Abbas—a veto on their foreign policy.

The Arab heads of state would like to sideline Abbas. They can’t do it, however, without help. That’s where the Trump plan comes in. Watch for the Arab states to pressure Abbas to accept the deal—knowing full well that he won’t. They can then tell their own citizens that the Palestinian leadership is working against the interests of the Arab people.

That’s reality, too. For any plan to work, Israel needs secure borders, Arab states need a way around Abbas, and people on the ground need to live their lives.

The Trump plan provides all of that. It’s a good plan. Our community must rise to value President Trump’s friendship, to see the wisdom in his plan, and to embrace it wholeheartedly as the best-ever chance for shalom al ysirael. 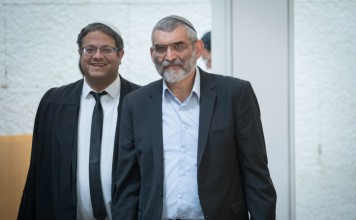 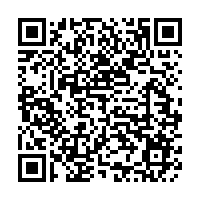