Time for Israel to Demand an Apology from Obama and Crew!

Who the ##!%&*##! is that Barack Hussein Obama that he can not only try to control the results of Israel’s democratic elections, but then criticize the results and elected leaders?

The official American interference in last week’s Israeli Elections campaign is not only immoral, but it may be illegal by American criteria. Would the American legal experts please check out if Obama, along with a long list of his “executive orders” has crossed the line and can be impeached?
Unlike the sitting American President, Barack Hussein Obama, I received all of my formal education in American Public Schools. Even the completion of my university degree, although in Jerusalem, was in a branch of SUNY-State University of New York, Empire State College. I did not leave the United States until the age of twenty. I thoroughly enjoyed and got decent grades my required “Social Studies” classes, which combined, integrated History, Geography, Citizenship, American Constitution etc throughout my school career. I have no doubt that my background in American History and Government is a lot stronger than Obama’s.
Actually, my Prime Minister, Binyamin Netanyahu, also went to American high school and college around the time I did. And in our day the curriculum was strictly grounded in American History and democratic values, unlike the more modern “multicultural trends” in education. So, he, too, probably can out-perform Obama if off-the-cuff (without being prepped) about American History and Government. Actually, I have no doubts that Netanyahu can easily show his superior history-government knowledge not only in competition with Obama, but also his advisers and speechwriters. I’ve heard Bibi’s off the cuff answers to diffuclt interantioanl history and Political Scince questions. That is something that Obama and staff probably know, too, and may be the key to why they hate him so much. Yes, simple jealousy.
Americans, the ball is in your court. Barack Hussein Obama is your president. Don’t wait for the next elections, which are too far off. Stop Obama and his immoral antidemocratic bulldozer NOW! 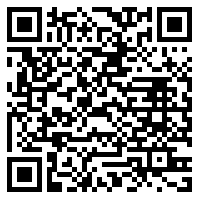