I’ve been a bit disappointed in Likud’s Tzippi Hotoveli of late, since her strong Right views seemed to have been dulled the longer she is in the Knesset and now the cabinet, but now with her on target condemnation of the Swedish Foreign Minister, Margot Wallstrom, I’m happy with her performance as Deputy Foreign Minister.

Israel summoned the Swedish ambassador on Wednesday to convey what it described as its “rage” at a call by Stockholm’s top diplomat for an investigation to determine whether Israeli forces were guilty of extrajudicial killings of Palestinians.
Swedish Foreign Minister Margot Wallstrom’s remarks on Tuesday were the latest in a series of statements to stoke Israeli resentment that has simmered since the Scandinavian country recognized Palestinian statehood last year.
The Foreign Ministry in Jerusalem said in a statement that it called in Swedish Ambassador Carl Magnus Nesser to reprimand him over what it deemed “another statement by her (Wallstrom) that attests to her biased and even hostile attitude to Israel”. (Reuters)

Ministry spokesman Emmanuel Nachshon said Wallstrom would not be welcome to visit Israel. His comments served as a clarification to remarks made earlier in the day by Deputy Foreign Minister Tzipi Hotovely who said Israel was closing its door to visits from Swedish officials in the wake of Wallstrom’s words.
Speaking during a tour of Samaria with cadets in the Foreign Ministry diplomatic training course, Hotovely said “Israel was sending in the clearest manner possible a very sharp message to Sweden saying that it is backing terrorism and giving a tail wind to Islamic State to act throughout Europe.” (Jerusalem Post)

Hotovelli’s popularity was originally due to the fact that she had seemed an uncompromising patriot supporting Jewish Life in all of the Land of Israel and sensitive to the international antisemitism which has never really waned. Recently she seemed to be playing the more moderate role, too much like Prime Minister Binyamin Netanyahu who has stated that he thinks that a Prime Minister should be a Centrist and not on the Right. 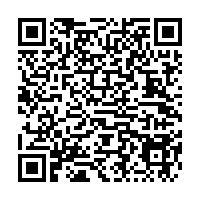