For the Israeli public and political leaders, elections to the Knesset on March 17 isn’t the end of the suspense. It may take days or weeks for us to have a new government, to know who will actually be Prime Minister.

Unlike the American political system and many other countries, counting the votes doesn’t tell us what we really need to know. It just lets us all know how many MKs each party will have and which parties will be in the Knesset.


The Prime Minister needs to control more than sixty 60 MKs to have a ruling coalition. None of the parties will come close. That means they have to make deals with others. I have no doubt that the party heads have been negotiating all along. The question is which party’s leader, Likud or Labor can cajole and control sufficient MKs.

As much as I hate the idea of the Bobbsey twins, Herzog-Livni to succeed, I really wouldn’t mind hearing Bibi Netanyahu opposing their plans, which are too similar to things he would do in power. I am one who hasn’t forgotten that it has only been the Likud to give up our holy land and destroy Jewish communities. The Likud has traditionally been its best in opposition. I sincerely hope and pray that if Bibi and Likud and Bayit Yehudi’s Bennett are in the opposition they will use the opportunity to get more strongly Right. Herozg-Livni will discover that making the changes they have threatened to do will be much more difficult that they wish.

Remember that in a democracy the people get the government they, the majority, the idiots, yes, all of us deserve. 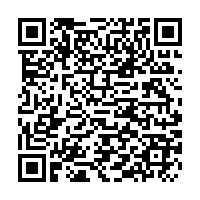