An organization that systematically encourages boycotts of Israel, opposes the Israel Defense Forces, and funds a litany of Anti-Israel causes is not Pro-Israel. Despite the loud outcry against the ongoing criticism of The New Israel Fund, it must be said again and again, loudly and clearly: The New Israel Fund (NIF) harms the State of Israel – and donors must stop aiding and abetting terror.  Red lines must be applied to providing legitimacy to organizations engaged in undermining Israel from within the Jewish community.

Former President Clinton advisor Hank Sheinkopf said, “Those who stand with New Israel Fund are standing against Israel. There traitors’ activities prove they stand against Israel.” He is right – and in-step with the Deputy Speaker of the Knesset Yoni Chetboun who rightfully noted, “The main goal of the NIF is to undermine the Israeli Army, by knowingly financing left-wing Israeli groups that try to get young Israeli soldiers prosecuted for war crimes.”


We are proud of our work against NIF, and ask the donors of the NIF – including UJA-Federation President Alisa Doctoroff, and Jewish Communal Fund President Karen R. Adler –  “Have you no sense of decency?”

One cannot represent the Jewish community when they fund activities like those of  Ehud Shem Tov – the founder and chairman of Social Television, supported a petition calling on soldiers not to serve in the Gaza Strip during Operation Protective Edge in July 2014 – a war which Israel fought for survival. Shem-Tov said, “Soldier, refuse to bomb Gaza and refuse to enter the Gaza Strip!…Soldier, if you go into the Gaza Strip, and if you bomb Gaza, there’s a strong chance you will leave there as a war criminal with blood on your hands…The operations in the Gaza Strip are bloodshed in vain, en masse war crime that causes great damage and serves no purpose.”

Imagine the reaction of Americans to an American organization who encouraged sedition? The Israeli Army is one of the most humane in the world – a communal army of her citizens. Yet, extreme NIF-funded organizations support and encourage draft dodgers, as Social Television displays a video clip encouraging draft dodging and clips calling on soldiers to refuse to participate in combat operations in the Gaza Strip.

Standing alongside American Jewish donors who fund the NIF is a fund under Palestinian control (the Secretariat, founded by the NDC), headquartered in Ramallah.  NIF organizations, including Breaking the Silence and B’Tselem received special funding from the Secretariat in order to investigate violations of human rights and international law during Operation Protective Edge. Adalah, another NIF funded organization created a report on Operation Protective Edge and sent the report’s findings directly to the United Nations commission investigating this issue, despite the fact that Israel decided not to cooperate with the commission.  One cannot be Pro-Israel and cooperate with the United Nations to malign Israel as the New Israel Fund does.

The Secretariat also funds Palestinian organizations that support the prosecution of IDF officers, and organizations that cooperate with the Popular Front for the Liberation of Palestine.  These are the financial partners of the New Israel Fund – together with American Jews.

Those who signed the petition include Ehud Shem Tov, founder of Social Television and its editor-in-chief, Ruchama Marton, president of Physicians for Human Rights, and Alma Biblash, executive director of Human Rights Defenders Fund (who has called Israel “racist,” and “murderous,” and described the country as a “temporary Jewish apartheid state.”) 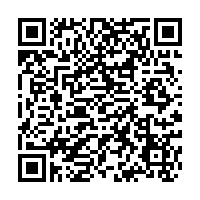