This post is inspired by Atara Snowbell’s class, but I’ve added many of my own things which she never brought up.  So, if you have any complaints, please address them to me and not to her, thanks.

I’m not one of those who has this great confidence that God will just jump in and save the State of Israel, no matter how badly we and the Israeli Government sin against the Land and God. The more I study Tanach, the Bible, which due to the fantastic courses I’ve been taking in Matan which has been introducing me to Kings and Prophets I had never, ever before had the opportunity to study, the more I’m convinced that God will let the State of Israel be destroyed if we don’t make some very crucial changes.

Last week at the first shiur of Atara Snowbell’s  The Journey to Canaan (Numbers 20-36,) she brought up a very important point that reinforces my opinion. The course is about the last section of במדבר Bamidbar In The Desert/Wilderness aka Numbers which tells of the new, post-Exodus generation before they entered ארץ ישראל Eretz Yisrael, The Land of Israel.

Atara explained why Miriam died before the Jewish People entered the Land of Israel. Miriam was one of the main leaders, along with her brothers, Moshe and Aaron.  Her method of leadership was to encourage independence, by standing on the side and moving the strings from off-stage. Miriam and her brothers were the leaders of the exodus. A different sort of leadership would be needed in Eretz Yisrael.

After the older generation died out, with the notable exceptions of Yehoshua and Caleb, there was no guarantee that the new generation would enter the Land of Israel. They, too, had to be tested to make sure that they were truly ready, capable for the challenges that awaited them in the Land of Israel.  If that generation had failed the test, then God would have made the people wait for an additional generation, until a suitable generation appeared no matter how long it took.

To pass God’s test, the Jewish People had to be independent of others and show faith in God.

Judaism has a very important element, and it’s Free Will.  The upside is that we have choices, but the downside is that we may sin.  And there are serious consequences to sinning. One of those consequences is when God allows us to be exiled, suffer and wait for Redemption.  Redemption isn’t automatic nor individual. There are always individual tzaddikim even among generations of sinners.

God is patient in that He does not give up on us waiting for us to be worthy.  When a generation is worthy, then God will start the ball rolling, as happened with the establishment of the State of Israel and our victories in the War of Independence, the Six Days War, the Yom Kippur War and other times we need God such as making Arab terrorist attack missiles land in empty fields etc.  But if the Government of the State of Israel continues on its dangerous and sinful path of helping the Arabs to establish another state, then I have no doubt that God won’t protect us. The “two state solution” will be the last straw and will begin the end of the State of Israel.

God will protect us from whatever foreign sanctions begin when, and God willing it’s when and not if, we cease all cooperation with the American mediated so-called peace sic talks. For the sake of our continued survival we must stop listening to the Israeli Left (Center, too) and the international busybodies.  They don’t care what happens to us, just like they didn’t care when the Nazis first discriminated against its Jews and then upgraded to extermination of European Jewry.  Nothing has changed.  God is our only ally. We must pass the same test the second generation in the wilderness had to pass. We must be independent of foreign rule/influence and we must show full faith in God. 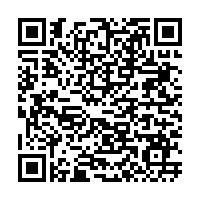