We tend to think of the European Union as a kind of continental USA, America with a better cuisine: a loosely united group of individual states who continue to run their internal business, but collaborate on issues concerning their neighbors.

But the last few years in which the EU’s less robust economies, such as Greece, Italy, Spain and Portugal, to name a few, have experienced a terrifying upheaval whose end is not yet in sight, taught all of us a lesson in freedom of choice a la Union Européenne. Those economies have had to tow the line and impose austerity on their own people, or risk the economic wrath of the big states, most notably Germany.


Over in Israel we’ve observed the bullying methods being employed as we speak by the EU, to produce an outcome palatable to them in a dispute between Jews and Arabs. The kind of relentless, aggressive pressure these Europeans have been using, threatening an academic boycott, a scientific boycott, boycotts on goods, boycotts on tourism – that we know these are not nice people.

But did you know whose neck really gets to be directly under the European Union’s boot, which presses down metaphorically with the same zeal and determination as those great soldiers of the Fatherland used to do? The Europeans themselves. Or rather, the Europeans who wish to change the status quo.

The main issues Scotland would have to deal with should it become independent are the economy, defense, relations with the rest of the UK, and membership of supranational organizations, especially the EU and NATO.

I would think that this would be viewed by any democratically minded person with admiration: a substantial sector within a democratic state wishes to disengage and the process is being handled without bloodshed, through legal channels, with everyone’s rights (well, most everyone) being observed.

Over in Brussels they’re not nearly as excited about the whole thing.

An independent Scotland would find it “difficult, if not impossible” to gain EU membership and obtain the acceptance of other EU member states, declared European Commission President Jose Manuel Barroso.

Seriously? It’s not majority rule, but unanimous now? Is he going royal all of a sudden?

Imagine, a people have decided to change their political direction, and they’ve gone about doing it in the most civilized manner – and this Portuguese bureaucrat says they’ll be boycotted, unless every last member approves their acceptance into the EU. And we know how he’s going to vote.

There’s a good reason why the oligarchs in Brussels don’t want to let Scotland be free, even if the UK accepts it. It’s called Catalonia, an autonomous community at the north-eastern corner of Spain, designated a “nationality” by its own Statute of Autonomy. Catalonia is by far the most economically dynamic region of Spain, and, listen to this: the Catalan government has announced its intention to hold a referendum on possible independence from Spain this year. 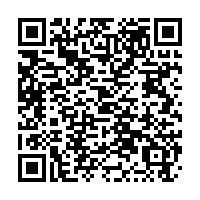