At least here in Israel, the big news after Shabbat was the terrible antisemitic attack on a Jewish family in Australia. The family, middle-aged parents and adult children were viciously attacked; they needed urgent medical care. In all honesty, I was disturbed by their reactions:

“It is extremely shocking that an attack like this could happen in Australia, let alone in Bondi being such a multicultural area.”

Faktor said the families of the victims are “very upset” and cannot understand why people would want to hurt them.

“You certainly don’t come to Bondi and expect that,” he said. “Maybe in Germany in the 1930s and Russia in the 1970s but certainly in Sydney, Australia, Bondi you just don’t expect an unprovoked attack.”


I find it dangerously naive. We shouldn’t rationalize attacks like that one as needing provocation. There is no Jewish source in the cause/source of antisemitism. If you could rationalize such attacks as being caused by “provocations,” then we Jews could be considered to blame. I can’t accept that.

We Jews are not to blame for the fact that antisemites of all ilks, whether Christian, Muslim or any other religion have no moral justification for their antisemitism. For some of them it’s an ideology and for some it’s theology. And there are also those who just like to pick on people who seem weaker and easy to attack, which can make the source psychology. They can be found all over the world.

Some antisemites are subtle and sophisticated, taking their hatred out in more refined and “sneaky” ways. Others like the Australians on Friday night were honestly brutal in their physical attack on the Jewish family.

I also don’t like the term used in the Sky News YouTube caption, “violent brawl.” A “brawl” connotes something mutual by people who may even be acquainted or a fight after a disagreement.

brawlbrɔːl/
nounnoun: brawl; plural noun: brawls1.
a rough or noisy fight or quarrel.
“he’d got into a drunken brawl in a bar”

From the reports, this was nothing of the sort.  The attackers chose their victims for a reason; the victims appeared Jewish. I think it’s very dangerous for Jews to think they are immune or their locations aren’t risky.  God willing when the true Moshiach takes over and rules we’ll be able to destroy and banish antisemitism. In the meantime we must be prepared for it in all guises. 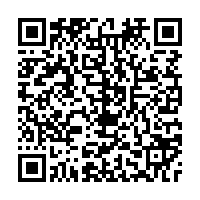