Ever since the main party presidential nominees in the United States began being selected by primaries, television has begun playing a very big part in the campaign. This is even more than the true story of how Richard Nixon lost a very close race to John F. Kennedy because of his lack of sweat shields/guards and not bothering to shave off his 5 o’clock shadow. Today’s candidates have professional stylists, under various titles, just to make sure the candidate will look fresh, clean and attractive at all times of the day or night. But even Hillary’s expensive wigs and makeup didn’t cover her character blemishes.

It’s no secret that Donald Trump’s popularity with the public was a result of his reality tv shows. So the Left/Democrats have been searching for a celebrity to run in 2020. Administrative and political experience aren’t necessary. They are looking for someone who has a big smile and can generate applause. Being black, female and able to learn lines is another priority, since their pet Obama was addicted to his teleprompter and other memory “aids.”  National polictics is a media popularity contest, because nowadays twitter, whatsapp and facebook are where people fact check.

This is so pathetic and frightening too. Just a couple of decades ago, countries like India were mocked for electing movie stars. And even though Ronnie Reagan left movies for politics and had government experience before running for president, he was put down by the Left for his movie background.


Now the Democrats and Left are kvelling, because Oprah Winfrey made a speech that got applause and sounded like a campaign speech. Gevalt. Is a good diet and speech enough to be POTUS? 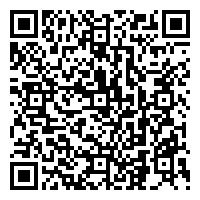