This post is in essence a continuation of yesterday’s If Bogie’s the Alternative, I’ll Stick With Bibi. In replying to comments I realized that I hadn’t fully expressed my thoughts about those demonstrations. This also connects to my horror and unease at the trends in the United States concerning the riots after last year’s Presidential Elections.

In principle I totally oppose using demonstrations to change or protest governmental leaders. That’s the job of elections in a democratic society.

The main principle of democracy is that we have to accept the sometimes unpleasant fact, that our prefered candidate may lose.

If our prefered candidate loses, we must accept it. Our reaction may be sadness and disappointment, but we aren’t to hold demonstrations or riots about it in protest.

In a democracy there are procedures and governmental bodies to police officeholders. Demonstrating to force someone out of office is not only undemocratic/antidemocratic, it’s fascist. Yes, that’s what happens in countries that don’t follow the law.

I am extremely unhappy with the so-called “anti-corruption” demonstrations going on here in Israel. They are to force the hand of the already Left wing judiciary and the police. That is against democratic principles. The backers and initiators of this “movement” have a definite agenda. They want their people in power, whether legally elected or not.

Therefore I will not attend or support those demonstrations in any way or form! 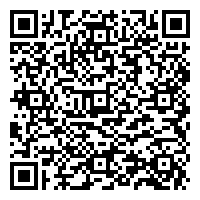