Since Shabbat, I guess, because I first saw news of it after we did havdala, the news here has been full of the fantastic flying skills of an Israeli fighter pilot.

This brings me back to one of the most surprising experiences I’ve ever survived. It happened during the 1991 Gulf War, when as a reaction to US President Bush The Elder’s threats to Iraq, Iraq bombed/attacked Israel. To this day, I can’t figure out how we became the target instead of the United States of America.

The initial conflict to expel Iraqi troops from Kuwait began with an aerial and naval bombardment on 17 January 1991, continuing for five weeks. This was followed by a ground assault on 24 February. This was a decisive victory for the coalition forces, who liberated Kuwait and advanced into Iraqi territory. The coalition ceased its advance and declared a ceasefire 100 hours after the ground campaign started. Aerial and ground combat was confined to Iraq, Kuwait, and areas on Saudi Arabia’s border. Iraq launched Scud missiles against coalition military targets in Saudi Arabia and against Israel.


Those of us who were living in Israel at the time were frequently wakened in the middle of the night by sirens to alert us of possibly approaching enemy missiles. And we then would have to run into a shelter or whatever room in the house had been prepared as a “safe room.”

The military experts insisted that there was a chance that chemical weapons would be launched at us and gave very complicated instructions on how to properly seal the room. I must admit that I didn’t follow it exactly. We, davka, chose our bedroom because it has an ensuite bathroom. I wasn’t frightened enough to equip the room with the recommended buckets. When a siren went off, the kids would just pile into our room, and we’d all sleep, somehow, together.

It didn’t take long to discover that Shiloh wasn’t a target. Suddenly Shiloh filled with friends and family of neighbors looking for a safe place to stay. Tel Aviv and its suburbs sustained damage, and miraculously there was nobody in Israel killed by a direct hit, if my memory is correct. But when one of those missiles hit a base with American soldiers, about two dozen of them were killed. That’s how dangerous those missile potentially were.

My husband and I had been invited by Herut, Great Britain to be the honorary guests and speakers at their big weekend convention in Bournemouth, scheduled long before, about three weeks into the war. Since it was quiet in Shiloh, we didn’t change our plans. Our oldest daughter scheduled vacation from her National Service in Kiryat Shemoneh to stay home while we were away, and we went off on an all expenses covered vacation to England for a few days.

During that war, only El Al was flying in and out of Israel. Ben Gurion Airport was smaller than it is today, and since there was virtually no incoming tourism to Israel and so few flights, things were pretty quiet. It really was a treat for us to get away, even though we didn’t think that we were escaping a war.

The flight began on schedule with the usual instructions and buckling in. Then the plane began to move and then ascend into the sky. Suddenly it took a very sharp turn. Never before of after that did I experience such an ascent. Apparently the pilot had noticed a missile coming at us and took avoidance action saving us all, Baruch Hashem, thank The Good Lord. 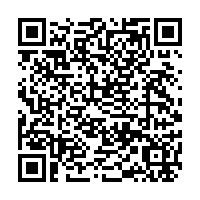