Monday morning saw yet another attack on Jewish-owned vehicles, as dozens of local Arabs stoned cars passing through the Arab village of Teqoa in eastern Gush Etzion, Hakol Hayehudi reported.

One of the vehicles attacked on the main road which runs through the village was driven by a Jewish woman who had her two small children with her. Her car was hit by numerous stones, and its windows were shattered. Miraculously, the woman and her children were not injured, but they were identified as suffering from panic and received treatment from the rescue teams.


Army forces that arrived at the scene used riot control measures against the rioters and drove them away from the main road, but dozens of Arabs continued to throw stones at the forces.

The village of Teqoa (Tuqu’) is notorious for its residents’ almost daily stone throwing ritual, occasionally while blocking the road and carrying out lynching attempts.

Despite this habitual lawbreaking, the army has opted not to offer tight security for the section of the road which runs through Teqoa – with predictable results.

Tekoa, also in Gush Etzion, is an Israeli settlement next door to the hostile Arab village.

Israeli Employers to Arabs: Want to Work for US? Don’t Work With Anarchists

1 Injured in Stoning Attack Near Tekoa 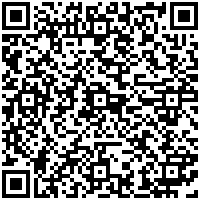