Last night on BBC they broadcast Obama campaigning for his former opponent Hillary Clinton. The racist scare tactics and dangerously inciting negative comments about Donald Trump would get someone jailed if it had been against a non-white candidate.

But since the Left is firmly coated in Teflon, even linguistically, he can get away with it.


This is a nasty campaign. The so-called “debates” were more like street fights using verbal knives and sharpened sticks.

As poorly as our Israeli politicians sometimes act, I think that the Americans have been dragging politics to an even lower level.

More than that, this entire election season, from the runup to the primaries and now as the candidates slug it out to the final voting deadline, the entire world can see how disunited the United State really is.

If Hillary wins, I just can’t see her undoing the social damage of the campaign, especially after her repeated “deplorable” comments stereotyping and condemning Trump supporters.
And if Trump wins, so many Americans can’t stand him and don’t trust him. I can’t see him calming the waters either.
Neither of the candidates have displayed the talents, personality and character that the USA needs in their president right  now. And Obama’s anti-Trump campaigning has been so vicious that there’s no way he can undo the damage.
The lines separating the disparate groups of American society may have been redrawn, but they seem deeper than ever. And trust between them is at an all-time low.
Neither Trump nor Hillary has shown his/herself as “presidential,” or does the word and concept “presidential” have new meaning in the twenty-first 21st century?
Good luck America and Jews come home!
Advertisement 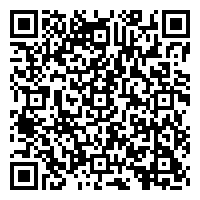