Is it just me who thinks that Israel should finally take off the gloves and stop lying to itself. The recent shooting attack by a Palestinian Authority police officer on Israeli soldiers at the entrance to Beit El should be considered an act of war against Israel. And that’s especially since Abbas and cronies haven’t bothered condemning it. Without a speedy and unprompted condemnation it’s clear that the Palestinian Authority approves of it.

“The Palestinian terrorist who shot three IDF soldiers today near Beit El was a member of the Palestinian Authority’s security forces. Mahmoud Abbas has not condemned this attack that was carried out by one of his men,” Netanyahu wrote on Facebook.
“I demand that the international community stop its hypocrisy and do everything in its power to pressure the Palestinian Authority to stop its incitement against Israel,” added the Prime Minister.
It represents the latest case in which members of the PA security forces have acted – apparently of their own accord – to carry out or aid attacks against Israelis.(Arutz 7)

It’s about time that we stop this fantasy that it’s possible to negotiate peace with those who are called “Palestinians,” sic. And we must also recognize that all the countries that demand we facilitate the establishment of a state for them are also our enemies. AND WE MUST CEASE THE SUPPORT FOR A TWO STATE sic SOLUTION!! It would only cause war and the destruction of the State of Israel, Gd forbid, which is the ultimate aim of the Arabs and their allies!! 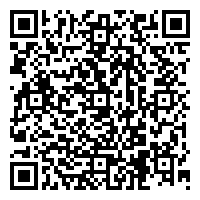