Another two options for those who want more money:


All the claims that Arabs suffer when working in Israel or for Israeli companies in Judea/Samaria/Jordan Valley is just anti-Israel propaganda! I’ve been working with Arabs for over five years, and they love working for Israeli companies. They get better conditions, salaries etc. than they’d get if they worked for their fellow Arabs.

And for those who have to go through the Israeli “border control,” they do it the same as/along with Israelis. The inspectors aren’t allowed to make two types of lanes, one for Arabs and the other for Jews. That’s illegal. So, any delays are equally felt by Jews who live in Judea/Samaria/Jordan Valley and the Arabs who live nearby.

The Arabs pay the same as Jews in our stores and enjoy the same bargains. The only problem they have is their own PA-Palestinian Authority inspectors/police who frequently confiscate goods bought in stores like Rami Levi and Yafiz. That is what has been keeping them away. There used to be vans of Arabs coming for “shopping tours.” Some were local Arabs who didn’t have their own cars and others were tourists from Jordan and other Arab countries. Now we see much less of them. Their loss. 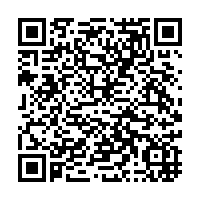