Newsflash – and a really awful one at that.

This White House and its environs were just teasing when the inhabitants of that foggy realm said they were stepping back from trying to arm wrestle the inhabitants of the Middle East into creating another terrorist state and undermine the only vibrant democracy in the area. Yes, the news is now out: yet another Arab-Israeli “peace process” plan is in the works, as reported in a news story posted late Monday, March 7, in the Wall Street Journal.


This one, the White House threatens, may involve a United Nations Security Council Resolution that will impose a solution, rather than the Israelis and the Palestinian Arabs working out the details of how they will co-exist “side by side in peace and security.”

In addition to a UN Security Council Resolution, other initiatives may include a presidential speech and a joint statement from the Middle East Quartet: the U.S., the U.N., the E.U and Russia. Sound friendly? It’s not clear which is scarier: another speech on the Middle East by President Obama, or his coordinating a joint statement by a larger group of foreigners, none of which includes Israel. But both, not either-or, are being threatened.

The timing for the launch of this new plan is not yet set in stone, but for sure it will be before President Obama leaves office in January.

An earlier JewishPress.com article mentioned Israeli Prime Minister Benjamin Netanyahu’s decision not to come to Washington later this month, either to attend in person the AIPAC conference or to meet with Obama, as had been requested. It is not hard to imagine Netanyahu seeking to avoid any arm-twisting on such a mission playing a role in his decision not to come to the States at this time.

The White House let it be known that it was disappointed by Netanyahu’s refusal to show up for the meeting, and allowed that it had found out about it by reading the newspaper – the same story it told about Netanyahu’s acceptance of a Congressional invitation to speak about the proposed Iran treaty.

The concessions to be extracted from each side are likely deal-breakers for both: from Israel, an end to building for Jews beyond the 1949 Armistice Line and handing over what the Americans call eastern Jerusalem to the Palestinian Arabs; from the Arabs, recognition of Israel as a Jewish State and ending the call for a “right of return” to Israel for the descendants of Palestinian Arab “refugees.”

No word on whether the Arabs will be asked to stop the non-stop television shows teaching their children how to murder Jews and die a martyr.

Also no word on who will be the one expected to make any promises for the Palestinian Arabs: Mahmoud Abbas, in the eleventh year of his four year term? One of the jihadi leaders from Hamas? Someone who represents all the so-called Palestinian Arab refugees scattered around the Middle East? Details, shmetails.

Of course the only change in circumstances is Mr. Obama beginning his exit, which has no bearing whatsoever on the people whose lives will be impacted by any new effort on his part.

According to the Journal, Obama’s plan is to create facts on the ground that will constrain the next White House occupant. No word in the White House press guidance on why that’s an appropriate task for someone who won’t have to live with whatever problems are created by the latest Obama “peace” initiative. 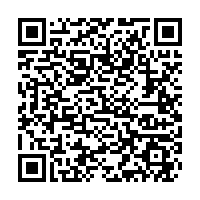