Home Blogs Shiloh Musings Shiloh Musings: Polls Show Strong Support for Likud
Share on Facebook
Tweet on Twitter
Photo Credit: GPO / YouTube screen capture
In the Israeli Election System, one votes for political parties, not for individual candidates.
The leader of the party getting the most votes, after the one-hundred-twenty seats of the Knesset are calculated, generally becomes Prime Minister.

In at least one case, which I remember, the second largest party became the ruling party. That’s because Israeli Governments are coalitions, and the leader of the largest party was incapable of forming one. You have to be a very skilled negotiator/politician to be Prime Minister of the State of Israel.

That’s why I never take seriously those who state “– would make a great Prime Minister,” because of some clever or even super intelligent idea/policy/article etc. Being Prime Minister of the State of Israel is not for political amateurs. It’s a super complex job, which not only includes the complex political situation in Israel but the super-complicated status Israel has internationally.


Even with all the complaints, and there are many, I have against Prime Minister Binyamin Bibi Netanyahu, it’s impossible to imagine who can fill his well-crafted shoes.

The tiny State of Israel is a or the world leader, and many Israelis recognize this.

LIKUD POLLS AT RECORD HIGH AFTER TRUMP DECISION
The poll found that if an election were held now, Netanyahu’s Likud party would rise from its current 30 Knesset seats to 35, up from the 28 predicted by the same pollster just two weeks ago on April 23 and the best the Likud has fared in Midgam polls in a decade. 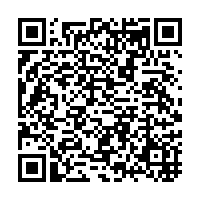