In their foolish and completely antidemocratic way, the Republican machine/establishment is going against the will of their people to try to sabotage Donald Trump. Contrary to all predictions from the experts before and early in the campaign, the outsider Donald Trump had no real problem defeating all of the establishment wannabes to win the Republican Presidential nomination.

I’ve written before, and I’m not the only one to say this, that by sabotaging Trump and going contrary to the wishes of potential Republican voters, not only will they be handing the US Presidency to the Democrats, but they are destroying the Republican Party.

One of the principles of American democracy is “winner takes all.” In the United States, unlike Israel, there is no real status to the loser, the “Opposition Leader.” He/she is “history,” has no government role, because even if the loser had been a top senator or congressman, he/she would have resigned to run for the presidency. In Israel the Opposition Leader is the head of the largest party not in the ruling coalition, meaning that he/she is an MK-has a parliamentary seat and all the power, committee appointments and privileges that entails.

By trying to push in a “third party” Republican to run against Trump and the Democrats, they will certainly not only lose the elections, destroy the Republican Party,  and cause major cynicism in those who had once believed in the party’s principles. And they would actually strengthen Trump as a national leader, proving that his antiestablishment ways are truly legitimate.

And back to the image of shooting themselves in the foot. It would be like hitting a major artery and causing fatal blood loss. I doubt they can recover from such an act. They only way to rehabilitate the party is to fully support Trump. 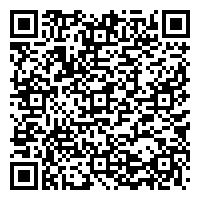