In theory there already is the death penalty in Israeli Law.

In Israel, capital punishment is currently allowed only during wartime and only for genocide, crimes against humanity, war crimes, treason, and crimes against the Jewish People. (Wikipedia)

It just has been used once, when the Nazi Adolf Eichmann was executed.


Israel and its citizens are under attack by Arab terrorists and their foreign supporters and ideologues.  Their aim is the murder of Jews and the destruction of the State of Israel.  That certainly fits the law’s criteria.

This may be a dumb questions, but: Why aren’t convicted Arab terrorists executed? What’s the Teflon?

The Palestine Media Watch is an excellent source of information about what tour enemies do, believe and aim. Listen to the Arab leaders whom the world and too many Israelis claim is our “peace sic partner” admitting how he sent terrorists into Israel:

The Palestinian Authority President Mahmoud Abbas is a very dangerous man.  There’s no way we in Israel can have a true peace with him.  And even if he really wanted and was willing and ready, his cronies aren’t.  The Arabs support the terrorist’s and if they don’t, they’re afraid to admit it.  There isn’t enough power in the Arab “peace camp” at this point in time.

At present, ordinary Arabs fear the terrorists more than they fear Israel. Terrorists execute their opposition, while we Israelis coddle convicted terrorists in our jails. They get food, clothes, medical care, visits from family, opportunities for education and always a chance to be released in exchange for captured Israelis.

If the Israeli Government and Judicial System would start executing all terrorists convicted of murder and attempted murder of Jews, then there would be less terrorism.  And with time, the terrorists would have less power over ordinary Arabs.  With time and I’m talking decades, not days or months,  we’d find ourselves living with peaceful Arabs who wouldn’t be afraid to say they want to  live under Israeli rule, because Israel is a more just society than the Arab countries.

True justice requires punishing the criminals for the crimes and not rewarding them. 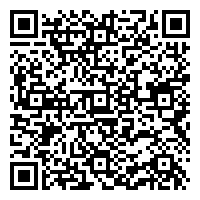