On the seventh day of Pesach, in the early hours of the morning, a great light went out in our world. My aunt, “Tanta” Shirley (Shaina Esther bas Menachem Mendel) Szmerkes, returned her special soul to God.

She was born to Russian Immigrants who came to America to make a better life for themselves, and her mother, Sarah Chana, and father, Menachem Mendel met and started out their lives in what is now called Spanish Harlem.


They opened a fruit store, and it supported their growing family – three daughters and one son. The depression hit them and in a short while they lost everything. Then Shirley’s mother took very ill and all the siblings were left pretty much out in the streets, fending for themselves. One sister married very early, and another suffered an infection that was neglected and went to her heart, so a City agency put her into foster care for the rest of her childhood. Shirley’s baby brother was born severely premature and was left with major learning disabilities.

Shirley was in school most of the day, but did not have much of a home to come to and had to rely on kind people who took her in to share their food and shelter.

As she grew up, she met her husband, Irving Yizchak Yosef, who came to America from the Holocaust, having lost his parents and all his siblings from the city of Bialystock, Poland. He miraculously escaped from a concentration camp and ran into the forest, where he wandered and barely survived until the war ended.

Shirley and Irving had a lot in common, as both had survived their devastating childhood years, and were determined to rebuild their lives together.

Irving worked for Meal Mart, driving their tractor trailers and delivering meat to the frum communities of New York City. Shirley was a loving mother to her three sons, and sent them all to the Mesivta Tiferes Yerushalyim on the Lower East Side, from preschool through high school.

Once the children were grown, my aunt decided to give love and care to many lonely, elderly Jewish women in Williamsburg.

My aunt would rise very early in the morning and go from apartment to apartment, delivering fresh milk and bread. She made sure they each had a hot meal from the Williamsburg Meals on Wheels program. If there were no cars available, my aunt would pick up the hot meals and schlep them in her shopping cart to all her shut ins.

One good deed lead to another, and she started bathing and dressing those same shut ins, going to doctor appointments with them, helping them with their banking – any need that required the help of a healthy woman with two healthy legs.

My dear aunt Shirley truly wanted to go on doing what she was doing for years on end, but Hashem in His infinite wisdom decided that her time was up. She was sick for one year exactly, in and out of the hospital, and her biggest sorrow was that she couldn’t keep caring for all the people that needed her.

She had no interest in worldly assets. She was happy with very little, by choice.

I know that my Tanta Shirley will be a Melitz Yosher (defender in Heaven) for Klall Israel, and surely she will beg the Aibishter to hasten the coming of Moshiach. 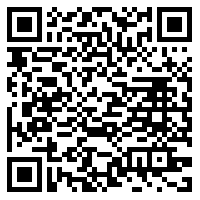