Last night at the Begin Prize Ceremony in Jerusalem, Zeev Elkin predicted that rising international antisemitism will bring the annual aliyah rate back up to what it was over twenty years ago, when the USSR opened the gates just before its collapse.

American Jews have always pooh-poohed such talks touting the USA as a bastion of freedom and tolerance and safety for Jews. They’ve done this for over a century totally ignoring the difficulties of Jewish Sabbath observers, the fact that FDR barred Jews fleeing Nazi Germany from entering the states, the public state-supported Xmas displays, the difficulties in getting Jewish Holidays off from work, the communities that barred Jews and now the officially sanctioned pro-Palestine sic groups in universities and the rise in Arab terrorism in mainland USA.  You’re invited to add more in the comments.

I’m among those who has no doubts that things will only get worse in the United States of America. That is for the very simple reason that academics all over the states, and the world, all accept and teach that the State of Israel replaced an Arab “country” called Palestine sic and that only this Arab “people” sic has a legal and moral right to be here. They consider us invaders and occupiers. This is taught as “history.” It is mainstream and not relegated to places considered antisemitic. Even Jews cooperate with this pseudo-history.


So, when I see an article like the news report in The Algemeiner that the brave student who protested an anti-Israel rally being let off, I’m not relieved.

Ethics Committee Clears Jewish Student Who Confronted Anti-Israel Demonstrators on Michigan CampusThe student government’s ethics committee at the University of Michigan unanimously voted on Sunday not to take disciplinary action against a Jewish student who was under investigation for challenging anti-Israel demonstrators on campus, The Algemeiner has learned.
The Central Student Government (CSG) Ethics Committee released a report concluding that sophomore and CSG representative Jesse Arm “did not engage in unethical behavior or engage in conduct unbecoming of a representative.” The decision was made after the committee heard testimonies from all involved parties and reviewed footage of Arm confronting the protesters.

I kept going through the article looking for a hint that the Central Student Government (CSG) Ethics Committee had considered the anti-Israel demonstration unethical, but I came up empty. And that has me worried. While ordinary Americans, like the salespeople I meet in my trips to the states who want to know why I don’t have a charge account in their stores are excitedly pro-Israel, the more academic and upper classes are on a greased slide towards the worst antisemitism possibly ever seen in America. 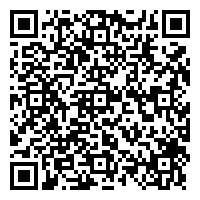