Remarks to the Saban Forum – December 2015

The United States has experienced a terrible and savage attack in San Bernardino, and I wish to offer the condolences of the people of Israel to the families, the aggrieved families, and of course send our wishes for a speedy recovery to the wounded.


The terrorists attacking in California or in Israel, or for that matter in Paris, are attacking the very values that we hold dear – freedom, tolerance, diversity. All the things that define the value of life and society in our eyes, they find anathema and that’s why they attack us.

I think, too, that this is what makes us strong. [The jihadists] think we are hedonistic and weak; we’re actually very strong societies, very resilient…

These values are what makes the bond between Israel and the United States, the American people and the people of Israel, so strong. It’s that identity of values, those very values that are under such fierce attack today. Nobody should underestimate the resilience and power of our societies. Nobody should underestimate the United States. It was, it remains and will be the leader of the world precisely because it is so rooted in the values that make societies great.

And these are the same values by which we live, and that’s why nobody should underestimate Israel, and nobody should underestimate the strength of our alliance. It’s strong and it will be even stronger in years to come. And I appreciate the President’s willingness to forge a new agreement between Israel and the United States, a 10-year memorandum of understanding to strengthen Israeli-American cooperation and strengthen Israel’s security with American support. I think everybody in Israel appreciates that, beginning with me.

King of the Islamist Hill

We face today two challenges that I’d like to briefly discuss. One is a global challenge of the battle of militant Islamic terrorism that plagues not only the Middle East, but increasingly Europe and the United States and Asia, everywhere – Africa. And the second is the specific problem of the Palestinian-Israeli conflict, which I’d like to address.

On the global front many used to say that the core of the conflicts in the Middle East, and from there the rest of the world, were rooted in the Israeli-Palestinian conflict. That was never true, but it’s now demonstrably false. And what we see is the old order established after the Ottoman Empire collapsing and militant Islam – either of the Shiite hue led by Iran, or the Sunni hue led by ISIS – rushing in to fill the void. Now those two forces are clashing with each other because each wants to be the king of the Islamist hill. They hope to first establish in the Middle East, and after that in their mad designs throughout the rest of the world. But it nonetheless is a battle of militant Islam against other Muslims and against everyone else.

That is clearly demonstrated in the case of ISIS, that doesn’t mince its words; and is disguised by Iran which has equal ambitions. The danger that we face is augmented when militant Islam gets a sovereign state, because a state gives them money, in oil revenues in particular, and it gives them the power to develop weapons or acquire weapons – chemical weapons in the case of ISIS and other sophisticated weapons – and of course the quest for nuclear weapons or submarines or satellites and sundry other rockets and precision-guided missiles in the case of Iran.

In any case, my policy has been non-intervention with two exceptions. The first is humanitarian. We were among the first countries to offer humanitarian aid to Syria. We established a field hospital right next to our border in the Golan, and have taken in thousands of Syrians who’ve been astounded. They were always taught that Israel and Israelis were devils, and now they are healing angels.

These are clear principles which we uphold. I’ve expressed also to President Putin of Russia that these are principles we’ll continue to uphold, and that it makes sense that Russia and Israel have deconfliction. We’ve done that, just as the United States has done that, but it’s very important for me to stress that Israeli policy will continue along the lines that I’ve just outlined.

If I look at the world overall, the core of the conflicts in the Middle East – the battle between early medievalism and modernity – is the battle now being waged around the world. And the advanced countries in the world, the civilized countries of the world, have to make common cause to contain and ultimately defeat militant Islam. Deep down, human beings want freedom and I think that desire and the technology of freedom, the spread of information, will ultimately defeat militant Islam, just as it defeated another murderous ideology bent on world domination: Nazism.

In the case of Nazism, it took down 60 million people – and a third of our own [Jewish] people – before it went down. We cannot allow this to happen again. I think it won’t happen again: one, because we have the historical antecedents; and two, because we have the State of Israel, as far as the Jewish people are concerned. We will not allow any one of these violent medievalist forces to threaten our country and threaten our people.

Recognition of the Jewish State

Insofar as the Palestinian-Israeli conflict is concerned, there is another misunderstanding. People have long said that the core of this conflict is the acquisition of territories by Israel in the 1967 War. That’s an issue that needs to be addressed in any peace process, as is the question of settlements. But it’s not the core of the conflict. In Gaza, nothing changed. In fact, instead of getting peace, we gave territory and got 15,000 rockets on our heads. We took out all the settlements; we disinterred people from their graves; and did we get peace? No. We got the worst terror possible.

That happened earlier, too, in 2000 when we left Lebanon and people said, “If you leave Lebanon, then Hezbollah will make peace with you.” In fact, we got 15,000 rockets from there, too.

And so people are naturally saying: “If we want a solution vis-à-vis the Palestinians in Judea and Samaria, in the West Bank, how can we ensure that this doesn’t happen again?”

In order for us to ensure that it doesn’t happen again, we have to address the root cause of the problem. Why has this conflict not been resolved for a hundred years? Why has it not been resolved after successive Israeli prime ministers, six in fact after the Oslo Agreement, have offered to make peace, have offered the Palestinians the possibility of building a state next to Israel?

It’s because the Palestinians have not yet been willing to cross that conceptual bridge, that emotional bridge, of giving up the dream not of a state next to Israel, but a state instead of Israel.

Ultimately the only workable solution is not a unitary state, but a demilitarized Palestinian state that recognizes the Jewish state. That’s the solution. But the Palestinians have to recognize the Jewish state and they persistently refuse to do so. They refuse to recognize a nation-state for the Jewish people in any boundary. That was and remains the core of the conflict. Not this or that gesture, or the absence of this or that gesture. But the inability or unwillingness of the Palestinian leadership to make the leap.

We got a hint of that the other day when Abu Mazen (Mahmoud Abbas) spoke about the “occupation of Palestinian lands for the last 67 years.” Did you hear that? Occupation of Palestinian lands? For the last 67 years? Sixty-seven years ago was 1948. That’s when the State of Israel was established. Does Abu Mazen mean that Tel Aviv is occupied Palestinian territory? Or Haifa? Or Bersheva? He refuses to fess up to his people and say: It’s over. They refuse to recognize no more claim on the territory of the Jewish state, that they will not try in any way to flood it with the descendants of refugees. (After all, we in Israel took in an equal and even larger number of Jewish refugees from Arab lands.)…

We’ll still have many, many issues to resolve, but it begins with the recognition of the right of the Jewish people to have a state of their own. This is the fundament of peace and the absence of this recognition is the real obstacle.

I don’t lose hope. You can’t be a leader of the Jewish people and not have hope. Because we’ve overcome so many travails in the last thousands of years, and in the last hundred years. We have clawed our way back to a sovereign existence. We built a remarkable state. It’s a world leader in technology, in agriculture, in irrigation, in cyber, in medicine – in so many areas. And we’ve made peace with two countries: Jordan and Egypt.

As the picture I described about the threat of militant Islam to Arab and Muslim society emerges, we are making inroads and a lot of contacts with Arab countries, and contacts as well with the leading countries of Asia: China, India, Japan; dozens of African countries; countries in Latin America. It’s heartening to see how Israel is being received and how people are changing their view of Israel – as they change their view of the essential conflict between medievalism and modernity now spreading throughout the entire world.

With all the openness that we have with dozens and dozens of countries, including in our own region, we have no better friend than the United States. This is a partnership of solid values. It’s the deepest partnership there is… We value it and we believe that this partnership between Israel and the United States of America is the axis around which many other partnerships can be built in our region and beyond for the betterment of all humanity. 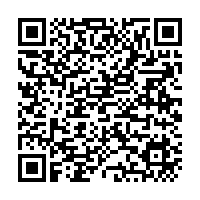