Caroline Glick got it so right in her latest article:

Responding to the slaughterWhat we are seeing in Jerusalem today is not simply Palestinian terrorism. It is Islamic jihad. No one likes to admit it…. (read her entire article)

There is no sensible, logical, intelligent, humane rationale for the total brutality of the Arab terrorists who slaughtered praying Jews in the Har Nof synagogue this week.

Unfortunately, dangerously there are Arabs wandering, working, walking freely in all Jewish cities. Having Israeli citizenship, the blue ID card does not stop an Arab from being a terrorist. Working with Jews and getting full civil, religious rights, enjoying all of the social benefits, the excellent medical care etc. does not stop the Arabs from massacring Jews, not in the street, bus stops, trains, buses or the synagogues.

The two Arab terrorists who massacred innocent Jews at the Har Nof synagogue were part of the neighborhood in that they worked there. They didn’t look suspicious. Nobody could have predicted that they’d take weapons to work and attack and murder Jews in the most brutal way possible.

There was no “trigger” to their murderous violence. There was no easily preventable cause. Arab society on the whole celebrates these murders of Jews and worships the terrorists.

t will take generations for there to be a real improvement in Arab society. Every time a country shows support for Arab “Palestine,” recognizing it, sending the PA or Gaza aid they are aiding and abetting Arab jihad aka terrorism. The United Nations is the worst of the worst when it comes to fairness and objectivity. Its UNRWA is the most dangerous organization in that it has perpetuated the Arab war against Israel for sixty-six 66 years already.

This jihad won’t stop until we recognize the source and counteract it. 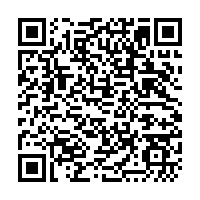