The day was November 29, 1947, the time, 5:50 p.m. EST. The United Nations General Assembly approved a resolution that would divide the Land of Israel between a Jewish and Arab state. Thirty three nations voted in favor, thirteen in opposition and ten abstained. The UN would recognize a small, but nonetheless imminent Jewish State which would follow the British evacuation on May 14. The world body which would be a repository for so much antipathy against Israel over the next seven decades must have experienced a moment of madness.

With the long awaited prospect of Jewish Statehood now a reality, the Jews rejoiced and danced throughout that night. People embraced and wished each other ‘mazal tov.’ David Ben Gurion, at a gathering at the Jewish Agency in Jerusalem, called for everyone gathered to sing the Hatikvah. Jewish Agency official, Golda Meyerson (Meir) announced to those Holocaust survivors still languishing in DP camps in Europe that “together with us, you will live in a free Jewish state.” According to the UN Resolution, the Jews would soon receive a small sliver of land consisting of the Negev Desert, the coast and parts of the Galilee region; about twelve percent of the original Jewish home called for by the 1917 Balfour Declaration. Jerusalem was designated to be an international city. Yet, as Jews of the Yishuv celebrated and danced horas, their very lives were in jeopardy.


The Arabs strongly rejected Resolution 181 and made it abundantly clear that they had no intention to abide by the resolution. This came as no surprise. Since the 1917 Balfour Declaration, which called for Jewish Statehood in 1917, opposition to a Jewish State of any size was made known by word and deed in the form of terror in the ensuing decades. In the early days of the British Mandate, Jews issued manifestos and made overtures calling for cooperation with their Arab neighbors, hoping that they could build the region together as neighbors, but to no avail.

Those Arab leaders who condemned the waves of violence or expressed support for a Jewish State were dealt with in the harshest ways.

On November 29, Arab UN delegations called the UN move ‘undemocratic.’ Ambassador Amir Arslan of Syria, proclaimed, “My country will never recognize such a decision,” Jamali of Iraq, objected that Resolution 181, “Undermines peace justice and democracy,” as they and their Arab colleagues abruptly walked out the halls of the UN in Lake Success, New York, in protest. Almost immediately, Arab labor strikes in Palestine were called, and acts of terror were launched against Palestinian Jews.

In the first month since the UN vote, 118 Jews were killed and 217 were wounded. Civilians were attacked on the streets, convoys to cities were also attacked as well as institutions such as Medical clinics. Violence also extended into the Arab world. In the Yemenite city of Aden anti-Jewish riots broke out with reports of 76 Jews killed 74 wounded.

As operations against the Jews were waged, troops of the Hagganah and Irgun fended off attacks. Soon, Jerusalem itself and its one hundred thousand Jews would be under siege with supplies dangerously low.

The Jewish State, not even officially re-born, was fighting for its existence.

Resolution 181 represented the rebirth of the Jewish State and also the final blow to the proposed two state solution. The Palestinian Arabs rejected an Arab as well as a Jewish State and sought to eliminate small Jewish State in their midst as their main objective, demonstrating that they were far more anti-Jewish than they were ‘pro-Palestinian’. 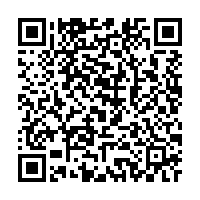