When Standing Together’s IDF liaison, Rami Landau, called me and asked if I want to go Lebanon, my heart skipped a couple of beats and it took me a couple of seconds to exhale. See, the last time I was in Lebanon I was there in uniform in the 2006 Second Lebanon war. I spent several weeks in Lebanon, saw some of my platoon mates injured and I myself came back with a huge piece of shrapnel that blew through my vest but thank God stopped before completely cutting me in half ….suffice it to say, the last time I was in Lebanon, I had a very close call. You can read about it here READ: My Personal Miracle In Lebanon.

It took me a couple of seconds to shake off the chills I felt when hearing the words “going to Lebanon” and when the last chill exited through the top of my spine I asked Rami, “why exactly are we going to Lebanon”?

Rami told me that there are hundreds of soldiers on the border and their officer asked if we could supply them with camelback water carriers. All of a sudden, the seriousness I felt when hearing ‘Lebanon’ evaporated and the feeling of “uh-oh, not again”, were transformed into a strong “YES! LET’S GO!”

I know what an awesome feeling it is, as an IDF soldier, to receive love and support from people from all around the world. To know that while some in the international community call IDF soldiers awful names and spread horrific libels and rumors about us, we have many who support us and understand the sacrifice we make to keep Israel safe while upholding to the highest standards of morality.

We left Jerusalem at around 11 am and made our way up to the Lebanese border.

We picked up two soldiers who were on their way to the exact base we were heading to and the drive up was absolutely amazing.

Around two hours into the drive we had to stop and take amazing pictures of the view.

It was a real honor and pleasure to give these two Paratroopers a ride up to their base. On the way up, they informed us as to what their unit could use to make their service a little bit easier.

They let us know that their unit would be finishing their training in a month and they would like to order personal gear bags for the entire platoon. If you would like to sponsor this campaign let us know by emailing me at: ari@stogether.org.

It is impossible to put into words what it felt like to see IDF soldiers smile from ear to ear when they heard that people from six thousand miles away support, care and think of them. Everything was great and just when I thought things could not get any better, I met Alberto and things went from great to PERFECT!

Check out the awesome pictures from the IDF bases!

Standing Together was started to support and supply IDF soldiers with whatever they need and wherever they might be. We believe the Jewish nation is one and although most of the IDF is made up of Israeli-born soldiers, we are one family. While there are thousands of Lone Soldiers also serving in the IDF, we believe anyone who cares about Israel understands that the men and women in uniform are our brothers and sisters, no matter where you live in the world. Join us in our effort to say THANK YOU to those who are putting their own lives and safety on the line to keep Israel safe. Below are several of our projects we are currently running to show appreciation to IDF soldiers. Please join us in our efforts to show the men and women of the IDF the support they deserve. Standing Together IDF Winter Campaign Keeping IDF Soldiers warm, dry and fully operational under the coldest conditions 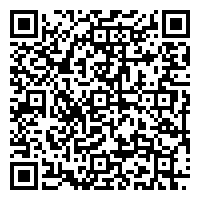