Over at Haaretz, they have another example of Amira Hass agit-prop disguised as a “news report” today [“Army terror against the Palestinians that journalists only yawn at“, Haaretz, February 17, 2016]

It runs through a list of non-lethal actions taken by the IDF and security forces and ends with these words:

[I]n the dictionary of the residents (and mine), destruction of cisterns, theft of land and livelihood, and invasions of homes are acts of terror.


That Hass “dictionary of terror” is a strange and malevolent thing.

Military actions designed to defensively safeguard the second-busiest artery serving the nation’s capital qualify for a prominent appearance in it.
But it fails to even hint at the numerous attacks, including murders, done in recent weeks by Arabs living nearby. [Google Search]. The very recent killing for instance [about which we wrote: “26-Jan-16: Two attackers stab women at neighborhood grocery store; instantly become figures of emulation“] of a lovely young woman, Shlomit Krigman, 24, stabbed to death on January 26 [her editors at Haaretz reported it, even as she ignores it] on a street in Beit Horon.
That’s a community located an easy stroll away from Beit Ur Al Tahta (the subject of the Amira Hass story) and the adjoining Beit Ur Al Fuqah. Translated to English, the names of those villages are Lower House of Straw, and Upper House of Straw.
Note also that, as Wikipedia points out, they are built on the ruins of the Biblical… Beit Horon. (Who are settlers here, and who is native? It’s rarely as black-and-white in this conflicted part of the world as people like Hass like to portray.)
Hass manages to tell her story without mentioning the rash of murderous stabbings at the Arab-owned Dor Alon gas station on Route 443, an easy hike away from the Beit Ur villages. And other recent Arab-on-Israeli assaults launched on or close to the busy route. And the long history of stabbings, shootings and rammings that have characterized the relationship of our neighbors with this key road. On November 23, 2015, as her editors at Haaretz reported, an Israeli, Ziv Mizrahi, just 18, was stabbed to death there. Numerous other Israelis have escaped with their lives but injured and maimed. [Click here for some of our posts about attacks on Israelis on and near Route 443.]

There’s something depressingly fitting in Hass, recipient of the World Press Freedom Hero award 16 years ago by her peers in the news industry, delivering a bogus slapdown of Israeli “terror” that focuses on a hamlet populated by straw men. 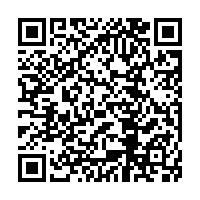