As the Syrian civil war is entering its sixth year and topping the half-million casualty mark, the Sha’ar Binyamin Institute, dedicated to preserving the past and present of the great Jewish community of Damascus, posted a YouTube video documenting the state of the Elfrange synagogue in the Jewish quarter of Damascus — an oasis of tranquility in the middle of a hellish war. According to the Institute, Elfrange is the only one of Damascus’ 17 synagogues that has not been shut down and robbed. It serves a membership of 16 men, ages 60 to 90.

Mendi Safadi, head of the Center for International and Public Diplomacy, who received the testimony of one of the Jewish residents of the Syrian capital, told Walla that “most of the synagogues have been robbed and all of them, save for Elfrange, are shut down and neglected.”


Since the 1990s only a few dozen Jews have remained in Syria, according to Rabbi Avraham Hamra, who in 1993 left Damascus, where he served as chief rabbi, and now lives in Holon, near Tel Aviv. As many as 4,000 Jews were still living in Damascus, Aleppo and Al-Qamishli until then President Hafez al-Assad, on the eve of Passover 1992 permitted Syria’s Jews to emigrate, as long as they didn’t go to Israel. “The Jews who stayed did so willingly,” Rabbi Hamra told Walla. “They were mostly elderly people who didn’t wish to start a new life in a different place.”

According to Safadi, the Jewish quarter of Damascus has remained miraculously quiet and relatively safe, and the horror that’s taking place all around is hardly noticed there. Citing the testimony he had heard from the witness in Damascus this month, Safadi said, “The residents are conducting their normal daily life, there is no shortage of food and medicine in the stores, but the cost of living has gone up dramatically over the past five years and it’s making it difficult for the Jewish quarter’s elderly residents to bear the heavy costs.” 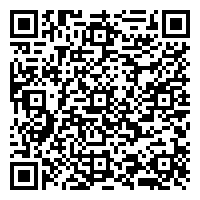