The Biden administration has announced that its titular head will be visiting Israel within a few months. Biden’s last high-profile visit to the Jewish State in 2010 ended with him staging a diplomatic incident and refusing to leave his hotel room for an hour to attend an event with Netanyahu. The Israelis have little reason to be optimistic about this Biden expedition.

After Muslim rioters disrupted Passover by engaging in violence at the Temple Mount, the holiest site in Judaism, the administration urged “all sides to exercise restraint, avoid provocative actions and rhetoric, and preserve the historic status quo on the Haram al-Sharif/Temple Mount.” The “provocation action” in this case is Jewish prayer.

It’s 2022 and the White House is warning Jews that their prayers are “provocative”.

Or suggesting that Washington D.C. should take orders from Queen Elizabeth.

Behind the scenes, the Biden administration and its officials have been warning the Israeli government to stop talking about “freedom of worship” and defer to Islamic supremacism.

As one reporter described, “cognizant of how talk of ‘freedom of worship’ can be interpreted, US officials have sought to push Israel to avoid using the phrase and instead focus solely on affirming their commitment to the status quo at Jerusalem’s holy sites.”

Freedom of worship doesn’t require any interpretation. But here it means that the Israelis allow Muslims to control the Temple Mount despite the fact that they illegally seized the site during the brutal invasion and ethnic cleansing of Israel, and that occasionally Jews are also allowed to enter the holiest site in Judaism and visit it, not to pray publicly, but merely to set foot on it.

Imagine if Islamic invaders had seized the Vatican, turned St. Peter’s Basilica into a mosque, and after the reconquest, the Italian government let the Muslims keep the Basilica, but occasionally allowed a handful of Catholics to visit it without praying only to be met with riots. And with international condemnation of the “provocative” action of allowing non-Muslim visitors.

That’s the situation in Jerusalem and what Biden is saying is that it doesn’t go far enough.

In Istanbul, the end of Islamist rule meant the transformation of the Hagia Sophia into the neutral status of a museum, until Erdogan’s brutal Islamist regime decided to begin reverting it back to a mosque. Neutrality on the Temple Mount is not even on the table. Israel is not demanding the return of the Temple Mount. All it’s saying is that everyone should be able to go there. Not just the descendants of the invaders and colonizers who now rule over it.

Jewish visitors to the Temple Mount are not allowed to pray there. That privilege is reserved for the Islamic colonists who control it. No Jewish prayer books may be brought up to the site and no one may pray out loud. In a recent expansion of “religious freedom”, a judge ruled that a Jewish man had the religious freedom to pray quietly if there were no outward sign of it.

A whispered prayer has outraged the Muslim world, terror groups, and the Biden administration.

In response to the ruling, the Egyptian Foreign Ministry declared that, “This decision is considered a violation to Islamic sanctities as well as the Al-Aqsa Mosque, which is a purely Muslim place of worship.”

Jordan denounced Jewish prayer as a “clear provocation” for Muslims. Hamas warned that the “resistance is ready and prepared to repel aggression”. The aggression of silent prayer.

“Such illegal decisions constitute an unprecedented attack on the inalienable religious rights of the Islamic nation and its heritage, a provocation to the feelings of Muslims all over the world, and a violation of freedom of worship and the sanctity of holy places,” the Secretary-General of the Organization of Islamic Cooperation raved.

By “freedom of worship”, the Islamist official meant that only Muslims should be able to worship, while no one else should be permitted to pray because no one else has religious freedom.

He added that Jews silently praying was a “grave violation of international law, international humanitarian law and relevant U.N. resolutions.”

Knowing the U.N., there probably is a resolution condemning silent Jewish prayers.

Rather than agree that everyone should have the right to pray, the Biden administration blamed Israel and backed the calls for a “status quo” which is a euphemism for banning Jewish prayer.

During the Passover riots this year, Hamas and PLO flags were flown from the roof of the mosque occupying the Temple Mount (named the Al-Aqsa Mosque by the Islamic colonists), and rioters threw stones and called for Jihad. All of this was going on while Jewish prayers were taking place at the Western Wall or the Kotel. Several Jewish worshipers were also assaulted.

These were not random acts of violence. The Palestinian Authority and its leaders, including President Abbas, had urged Muslim rioters to go to the holy site and “defend it” from the Jews.

Instead of condemning Abbas, the Biden administration is coming after Israel.

Biden’s Deputy Assistant Secretary for Israeli and Palestinian Affairs Hady Amr, who once claimed, “I was inspired by the Palestinian intifada”, was dispatched to Israel.

Israeli officials who have met with Amr have described him yelling and berating them.

In New York City, angry Muslim mobs rallied to support “Palestinian resistance” (a euphemism for terrorism) “by any means necessary”.

And the Biden administration stands with the angry Jihadist mobs in Israel and America.

The Biden administration agrees with the bigots that Jews should not be able to visit their own holy site and silently pray there. Biden officials understand that openly condemning “freedom of worship” would be awkward, and so they use the euphemism of “historic status quo”.

While presidential visits to other countries may be cheerful affairs, high-level visits to Israel are usually the opening round of a pressure campaign to force concessions to Islamic terrorists.

Biden’s 2010 visit marked the beginning of an intensified hate campaign against the Jewish State by the Obama administration. Biden’s 2022 visit is likely to be more of the same.

That’s why no one in Israel is cheering.

The Temple Mount situation is a perfect encapsulation of the entire conflict in which the White House and its European allies treat Islamic demands, no matter how obscenely violent, bigoted and irrational, as the only path to peace while blaming Israeli actions, no matter how innocent or humble, even silent prayer, for provoking Islamic violence and violating the status quo.

The status quo is the one that has ruled the Middle East since the conquests of Mohammed destroyed every religious civilization, turning a heartland of world religions into Islamist tyranny. 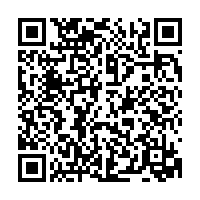