Our technocracy is detached from competence. It’s not the technocracy of engineers, but of “thinkers” who read Malcolm Gladwell and Thomas Friedman and watch TED talks and savor the flavor of competence, without ever imbibing its substance.


These are the people who love Freakonomics, who enjoy all sorts of mental puzzles, who like to see an idea turned on its head, but who couldn’t fix a toaster.

The ObamaCare website is the natural spawn of that technocracy who love the idea of using modernity to make things faster and easier, but have no idea what anything costs or how it works.

It’s hard to have a functioning technocracy without engineers. A technocracy made in Silicon Valley with its complete disregard for anything outside its own ego zone would be bad enough. But this is a Bloombergian technocracy of billionaires and activists, of people who think that “progress” makes things work, rather than things working leading to progress.

Healthcare.gov showed us that behind all the smoother and shinier designs was the same old clunky government where everything gets done because the right companies hire the right lobbyists and everything costs ten times what it should.

If the government can’t build a health care website, how is it going to actually run health care for an entire country is the obvious question that so many are asking. And the obvious answer is that it will run it the way it ran the website. It will throw wads of money and people at the problem and then look for programs it doesn’t like to squeeze for extra cash.

The Navy had to be cut to the bone and the Benghazi mission had to make do without security so that a Canadian company which began employing a classmate of Michelle Obama’s could score over half a billion to build a broken website. Obama mocked Mitt Romney’s criticism of his Navy cuts by telling him that we don’t fight with bayonets and horses anymore. Bayonets and horses are outdated. In our glorious modernity, we spend fortunes to build websites that don’t work instead.

Modernity has to be built. It has to be constructed brick by bit by rivet by cable by people who know what they are doing. Modernity without competence is as worthless as the ObamaCare website which looked pretty enough to give the illusion of technocratic modernity, but didn’t actually work.

Competence is the real modernity and it has very little to do with the empty trappings of design that surround it. In some ways the America of a few generations ago was a far more modern place because it was a more competent place. For all our nice toys, we look like primitive savages compared to men who could build skyscrapers and fleets within a year… and build them well.

It’s our very hollow modernity that gets in the way of our truly being modern. We can no longer build big things because the ability to implement vision on a large scale no longer exists. We can still do impressive things as individuals, but that’s also true of Kenya or Thailand. And in China, they can carry out grandiose projects, but those projects have no vision or competence.

We used to be able to combine the two by competently implementing grandiose visions, but our “modern” culture is the roadblock that prevents us from working together to make the great things that we can still envision individually.

Our modernity is style rather than substance. It’s Obama grinning. It’s the right font. It’s the right joke. It’s that sense that X knows what he’s doing because he presents it the right way. There’s nothing particularly modern about that. In most cultures, the illusion of competence trumps the real thing. It’s why so many countries are so badly broken because they go by appearances, rather than by results. 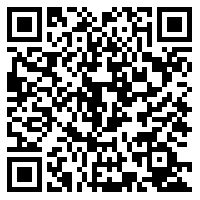