If you take a look at the voting map of Beit Shemesh during this past fiery election, you’ll note that the city is divided into unambiguous blue (Moshe Abutbol voters) and red (Eli Cohen voters) sectors.

Flare-ups have typically taken place at the seams – such as the Orot school and subsequent disruptions.


There is one area which is ‘mixed’ – which shows as purple on the map. It’s an area within Ramat Beit Shemesh (Aleph) around Nahal Dolev, Refaim, Maor, etc..

In an up-beat article, Daniel Treisman has declared the Purple Zone as an area characterized by tolerance, friendship and co-existence which can become a model for the rest of Beit Shemesh.

We have enough voices and people from all sides of the spectrum who want to make a change that we can make serious headway on all the serious issues that have come to light over the past few months.

But we have to do it together as a family.

I invite anyone living in the blue or red zone to help spread the purple zone.

Enthusiastic fellow purple-people have established a Facebook Page called The Purple Zone, and punned in Hebrew “Am Segula” (one meaning is “The Chosen People”, another is “The Purple People”!).

As a fellow purple person (my neighbors are composed of people who voted both Eli Cohen and Moshe Abutbol – and we all get on marvelously) I applaud this initiative.

It is a relief to have some up-beat positivism in this otherwise fraught period for Beit Shemesh! 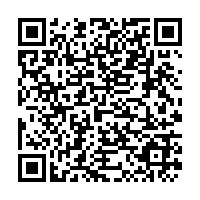