Americans don’t want to fight Syria because it is no threat to them. American leaders admit that Syria is no threat to America. They want to bomb Syria because they feel that they ought to do it. And they feel that way because behind the power of the West stands the will of the East.Long before Animal Farm of 1984, George Orwell wrote a short essay about his time in the east. It’s titled “Shooting the Elephant.”

Orwell’s narrator is told of an elephant that has run riot and he dutifully follows up the report. “We began questioning the people as to where the elephant had gone and, as usual, failed to get any definite information. That is invariably the case in the East; a story always sounds clear enough at a distance, but the nearer you get to the scene of events the vaguer it becomes.

“Some of the people said that the elephant had gone in one direction, some said that he had gone in another, some professed not even to have heard of any elephant.”

Substitute chemical weapons for elephant and the story becomes a familiar one.

Eventually, Orwell encounters a dead body and sends back for an elephant gun while a crowd gathers behind him eagerly waiting for him to shoot the elephant. “I had halted on the road,” he writes. “As soon as I saw the elephant I knew with perfect certainty that I ought not to shoot him. It is a serious matter to shoot a working elephant – it is comparable to destroying a huge and costly piece of machinery – and obviously one ought not to do it if it can possibly be avoided.”

It is likewise a serious matter to start a war. But the issue, whether with Obama’s red line or Orwell’s elephant is credibility.

“But at that moment I glanced round at the crowd that had followed me. It was an immense crowd, two thousand at the least and growing every minute. It blocked the road for a long distance on either side. I looked at the sea of yellow faces above the garish clothes-faces all happy and excited over this bit of fun, all certain that the elephant was going to be shot. They were watching me as they would watch a conjurer about to perform a trick. They did not like me, but with the magical rifle in my hands I was momentarily worth watching. And suddenly I realized that I should have to shoot the elephant after all. The people expected it of me and I had got to do it.”

We now have to go into Syria because the crowd expects it of us. They have been clamoring for us to do it forever, listening impatiently to our excuses and dismissing them. And our function in the region has come down to shooting the elephant. It’s what the crowd wants us to do. And our leaders find themselves with no other role in international affairs except the hollow role of puppets.

“And it was at this moment, as I stood there with the rifle in my hands, that I first grasped the hollowness, the futility of the white man’s dominion in the East.

“Here was I, the white man with his gun, standing in front of the unarmed native crowd – seemingly the leading actor of the piece; but in reality I was only an absurd puppet pushed to and fro by the will of those yellow faces behind.

“I perceived in this moment that when the white man turns tyrant it is his own freedom that he destroys. He becomes a sort of hollow, posing dummy, the conventionalized figure of a sahib. For it is the condition of his rule that he shall spend his life in trying to impress the “natives,” and so in every crisis he has got to do what the “natives” expect of him. He wears a mask, and his face grows to fit it.”

The United States, which had never intended to become an empire, now finds itself wearing a mask. Its leaders assert that it has to shoot the Syrian elephant to protect its credibility because the crowd of the Saudis, Qataris, Emiratis and the Turks want us to do it.

Even Obama, for all his complicity with the power plays of the Muslim Brotherhood, seems unenthusiastic about shooting the Syrian elephant. But he knows that it has to be done because what else is there to do? Either we bomb Syria or admit our impotency. Either we play imperialists or get laughed at.That was the dilemma of Orwell’s narrator. It is also our dilemma. Orwell’s narrator was playing his part in a decaying empire that had lost its sense of purpose. It could do little else except order around the natives only to find that it was the one being ordered around.

America has no sense of purpose. Its leaders want to bomb Syria, but can articulate no sensible reason for doing so. They resort to humanitarian gibberish, but they would never move to stop genocide in Africa. Their motives are not humanitarian, they are conformist. They are conforming to the expectations of the foreign pressures of a region that they hope to order and govern.

“When the white man turns tyrant it is his own freedom that he destroys,” Orwell warned. In attempting to civilize the Muslim world, we have instead been forced to live by its rulers. We have not brought our order to them. They have brought their order to us.

Our interactions with them take place along the predetermined paths of their choosing. They decide what they want from us and we decide how quickly to give it to them. They decide that we should shoot the elephant and we stand around playing with the elephant gun, hoping that we can avoid this whole mess.

“And afterwards I was very glad that the coolie had been killed; it put me legally in the right and it gave me a sufficient pretext for shooting the elephant. I often wondered whether any of the others grasped that I had done it solely to avoid looking a fool,” Orwell writes.

That is the admission of the moment. We must bomb Syria to avoid looking like fools.

Obama drew his red line and now he must shoot the elephant. Even he doesn’t seem particularly enthusiastic about it, but he will shoot it.

To buy time, he has turned to Congress, hoping its proceedings will immunize him from the fallout or somehow convince Assad to step down. But he knows better. Despite his anti-colonialist roots and despite his membership in a radically anti-imperialist movement, he has been drafted once again in the cause of shooting elephants, carrying the white man’s burden and the liberal man’s burden to the east.

The question is not whether Syria ought to be shot, but why are we shooting it. And the answer is that it isn’t our choice. That answer reveals a great deal about our dysfunctional international policies and where they have gotten us.

We have been penned up, not by Haliburton or secret oil deals, so much as by our own need to live up to our own image abroad. Americans, who for the most part live insular lives, are unmoved by the elephant-shooting currents that tug at the likes of Obama or McCain. They feel no need to go shoot an elephant in some other country because the natives expect it of them. But our leaders increasingly live foreign lives with little consideration for the natives of the country that they govern. They give in to impulses like amnesty and gay marriage because of a steady pressure from a narrow crowd that insists that they are inevitable. Now they will give in on Syria because of that same crowd.

That sense of pressure reveals the hollowness of the men within. Men of strong moral courage do not commit crimes because the crowd expects them to. It does not kill to avoid being mocked. It is the hollow empire of hollow men that is compelled to such final extremities, acting out a farce to avoid the inevitable revelation that the emperor is naked and his empire has run out of pants.

The Republican Party is what it is because it lacks that sense of moral conviction. It takes positions for convenience. Its leaders respond to the pressure of the crowd, whether it is to oppose Obamacare or to support amnesty, they take on positions which they do not believe because they are expected of them.The Syrian elephant is only one more such position. One more hollow act of political conformity by men with political instincts but no sense of greater direction.

It is not so much that bombing Syria is wrong as that the armed forces of a nation cannot and should not be in the hands of men who take serious steps without any conviction that they are doing the best thing for their country, who act only because they are told that it is expected of them. Nothing rots the morale of an army faster than such commanders and nothing destroys a nation faster than the knowledge that, in the words of Hillary Clinton, nothing truly matters but the politics of it.

If we are going to shoot elephants then we should do so for our own reasons. Once we begin shooting elephants because it is expected of us, we become little better than the masters of a hollow empire waiting to be told by the world what to do. 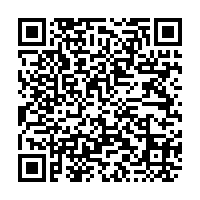