Recent chemical warfare developments in Syria bring to mind the study, written by a US investigator, Kenneth Timmerman, “Weapons of Mass Destruction: The Cases of Iran, Iraq, Syria, and Libya,” which was hand delivered to our agency in Jerusalem in late February 1991, at the end of the Gulf War, by Tilman Zulch, head of a German organization known as THE SOCIETY FOR THREATENED PEOPLES.

This study, later published in full by the Simon Wiesenthal Center, in August 1992, documents how WMD technology for these four nations emanated from more than 80 German firms, all of whom exported such lethal substances through subsidiary companies outside of Germany, since German law forbid direct exports of such lethal substances from Germany itself. Many of these subsidiaries which exported WMD technology are prominent corporations in the US.


A case in point: Bayer AG, a German company, built a pesticide plant and continues to export lethal pesticide formulas through US subsidiary companies, with a packaging line for toxic substances and a toxic disposal unit.

Such items are essential to making powerful chemical weapons.

THE SOCIETY FOR THREATENED PEOPLES welcomed me, then in my capacity as correspondent for CNN Radio to come to Germany to cover this story, which I did in March 1991.

THE SOCIETY FOR THREATENED PEOPLES also welcomed me and attorney Jacob Golbert to cover a press conference in Bonn on Holocaust Remembrance Day in April 1991, with the participation of Israelis whose homes in Ramat Gan had been destroyed by Iraqi scud missiles which were produced by German firms during the Gulf War. Joining them were Kurdish victims of chemical warfare which were produced by German firms

At the German Bundestag Parliament in Bonn, then- German opposition leader Rudolf Dessler told CNN radio that German firms circumvented the ban on Germany exporting such lethal substances through a loophole allowed German firms to establish subsidiaries in the US, in an arrangement that operated with the full consent of the German government.

These firms worked on contractual arrangements with clearance and confidentiality agreements signed with the US Department of Defense.

Golbert and I met with the US Consul in Bonn to get his reaction. He responded angrily that “Tilman Zulch interferes with American business”.

When the German Defense Minister was hosted in Israel by then-Defense minister Yitzhak Rabin March 1993, I asked at their joint press conference about the WMD technology emanated from more than 80 German firms, all of whom exported lethal substances from subsidiary companies outside of Germany.

Rabin asked the German minister not to answer the question.

Why, I have never found out.

Perhaps German submarine aid to Israel was the reason.

I called the Wiesenthal Center and asked that Timmerman be fed-exxed to the right people at the White House, which they did. However, follow up calls to the White House about the report was not responded to.

20 years after the Timmerman report was published no one asks how the Syrians received WMD capacity.

Is this not the appropriate time to sanction corporations and nations that provided Syria with WMD capacity?

Begin with Germany. And move on to the complicit U.S. corporations. 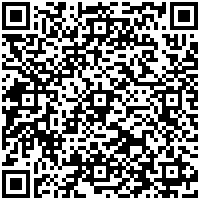