The 1619 Project was built to attack conservative moral legitimacy with the tools of leftist moral legitimacy. That’s also what leftists have been doing by transforming the Supreme Court.

Unable to regain a numerical majority, leftists have taken to attacking its moral authority using the familiar argument of identity politics by using minority politics to outweigh the majority.

Stephen Breyer was the last white male seriously nominated by a White House Democrat to the Supreme Court (Merrick Garland’s nomination was a publicity stunt and Hillary Clinton indicated she would not pursue the nomination). Now Breyer has been forced out by leftist activists who bullied him into making way for a black woman or have his legacy tainted by charges of racism.

Breyer is likely to be the last white male, not to mention Jewish male, Democrat on the Court.

Of the five Democrat nominations in the last two decades, four out of five were women. That’s not because Bill Clinton or Joe Biden, career sexual predators, are feminists, but because making the bench look like a contest of boys vs. girls is a moral, rather than a legal argument.

That’s also why one Senate Democrat voted for Kavanaugh, but none voted for Amy Coney Barrett. Had Ginsburg not died and Barrett not taken her seat, Ginsburg, Sotomayor, Kagan, and Jackson would have made for a compelling political, not legal argument, with a boys vs. girls dissents on abortion and any other issues that would have been spun as sexist.

These showdowns would have scored no legal points, but they would have made for great culture war fodder and considering Chief Justice Roberts’ willingness to accede to identity politics arguments on everything from illegal aliens to gay marriage, it would have worked.

Barrett’s appointment stole that perfect gender war lineup leftists had spent two decades working on. It’s the unspoken reason why she makes them fume so much. After all that work put into building a gender war deck, one Republican appointment ruined everything for decades.

It’s also why Democrats are frantically trying to force Justice Thomas off the Supreme Court, or at least onto the sidelines in crucial cases. Having assembled a dream team of a “Wise Latina” and the latest “broken ceiling” in the form of a black female justice, the presence of Thomas on the bench denies Supreme Court Democrats the power to speak for all minorities.

As long as Thomas remains on the bench, he ruins the perfect legal race war they wanted.

Without Thomas, the Democrats could have their diverse “dream team” pitted against a bunch of Republican white men. And while they likely don’t seriously believe that he can be ousted, with Biden likely to lose in 2024, they would settle for Republicans pressuring him into retiring.

Affirmative action nominations and identity politics representation may seem like petty obsessions, but they are central to how the Left seizes and exercises power over us.

Conservatives are constitutionalists while leftists are revolutionaries. Their revolutions have allowed them to seize enormous amounts of power while radically redefining the relationship between Americans and their government by asserting that they are liberating the oppressed.

The identity politicization of the Supreme Court is not a trivial matter, it’s a game changer.

Leftists have to assert that they are fighting in the name of women, even while they deny their existence, or black people, Latinos, Indians, gay people, transgender people or any number of designated victims, real or invented, because all leftist powers are really emergency powers.

The Constitution has effectively been suspended for three generations due a permanent state of victimhood emergency. When the urgency of one emergency appears to fade, another one emerges. And so #BlackLivesMatter gives way to #MeToo and then to #StandWithTransKids with each emergency serving as the impetus for another power grab, political or cultural.

The emergency can never be allowed to end otherwise the Constitution would be restored.

The Supreme Court over the decades played a major role in dismantling our legal rights and the rule of law in order to remedy some alleged practice of discrimination against some designated victim group, but they did so from the distance of fashionable D.C. cocktail parties. The next step is embedding identity politics conflicts directly into the body of the Supreme Court.

Justice Breyer’s ousting by leftist activists who accused him of blocking the nomination of the first black female justice was the first shot. The campaign against Justice Thomas is the next shot. The kinds of tactics that were previously reversed for blocking confirmation of justices are being utilized against sitting justices and before too long the attacks will be coming from within. If you thought accusations of sexual harassment and racism were bad coming during confirmation hearings, imagine them being directed against sitting justices by other justices.

Even if matters don’t escalate quite so far, identity politics will be used to delegitimize majority rulings. If Democrats can force Thomas off the bench, they will have a racial dream team, and coverage of every unfavorable decision will depict it as a white majority oppressing a racial minority. As Democrats continue to calculatedly nominate women and minorities to the bench, they will reduce the Supreme Court and its decisions to a permanent racial and gender conflict.

If they win, their decisions, no matter how unlawful, cannot be challenged because they will be grounded in “lived experience” rather than the law, and to disagree will be racist and sexist. And when they lose, the defeat will be attributed to systemic racism, sexism, and all the usual tropes.

And then the equity logic of identity politics will eclipse and replace the Constitution.

Identity politics equity has always been at war with constitutional equality. Over the generations during which Americans have suffered from the fighting, the Supreme Court has remained apart, issuing decisions without truly experiencing the ugliness, hatred, and abuses of power. Now the bubble that made identity politics and culture wars external things ‘out there’ is about to pop. 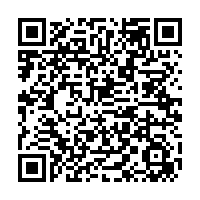