The Shin Bet on Monday exposed an Iranian social network operation that was used to attract and recruit Israeli citizens to be utilized in information gathering as well as sabotage operations against Israeli targets.

The Iranians lured their potential recruits through the fictitious Facebook profile “Sara Puppi,” who introduced herself as a young Jewish girl with connections and business in Israel.


This fictitious profile picked up 2,100 friends, most of them from Israel. After initiating contact on Facebook, the connection was transferred to WhatsApp. According to Monday’s report, the Shin Bet was aware of the operation from very early on, and when the Iranian operator pretending to be Sara Puppi would ask her friends for information on Israelis who are of interest to Iranian intelligence, she was talking to the Shin Bet.

The Iranian operator asked the individuals she believed were Israeli civilians to gather information about Israeli dignitaries and would test their willingness to harm them, exerting pressure and promises of thousands of dollars as payment. Occasionally, “Sara Puppi” used emotional and romantic manipulations.

According to the Shin Bet, Bitcoins were transferred from the Iranian operator to the Israeli undercover agents.

The Iranian operator also tried to gather intelligence and harm the representatives of companies and diplomats from Arab countries in Israel. 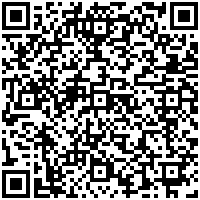