While there are endless anti-Israel pages that directly call for the destruction of Israel and murder of Jews, it seems that Facebook does not like when I point out that all terrorists who murdered Jews in Israel based on the Palestine fabrication were from the Islamic faith.

In a Facebook discussion on on my page, a discussion with hundreds of comments, someone claimed that the problem is not a religious one, I responded with the following factual statement which is apparently against Facebook’s terms:

“All terrorists that have murdered Jews in Israel have been Muslims. Not all Muslims murder Jews but those that did were Muslim. I call them either radical Islamic terrorists or Arab terrorists.”

This is not to say in any way or form that all Muslims are terrorists, which I clearly did not say, but that the conflict in our area is certainly based in a religious, genocidal Islamic ideology.

There is no way to appeal the 7-day ban and and this came at a time that I was planning for my mid June speaking tour in North America.

I am traveling for Standing Together and will be speaking about the political and security situation in Israel as well as talk about my personal IDF experience during war time and introduce Standing Together’s IDF support campaigns.

One of my main goals of this trip was to raise funds for our new supply and support vehicle that was to be run in memory and honor of Yehoshua Friedberg Hy’d Zt’l. Yehoshua was murdered in 1993 as he as serving in the IDF together with me.

This ban has threatened to ruin the upcoming trip since most of my correspondences are through Facebook.

If you want to host a parlor meeting and help with our new defeat the heat campaign, or get your community involved our campaigns ahead of my upcoming trip to New York, contact me. 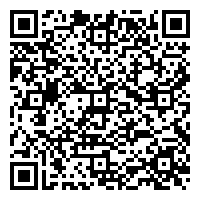