“Jordan is and was a voice of reason and peace. Our positions against violence and terrorism are clear to everyone,” claimed Jordan’s Foreign Minister Ayman Safadi at a press conference on Sunday.

Notably missing from that statement was a condemnation of the terror attack committed by a Jordanian citizen on Israeli soil on Saturday, resulting in a wounded Israeli policeman and a dead terrorist.


Instead, we have Jordanian Minister Mohammed al-Momani condemning Israel for killing the terrorist, calling it a “crime” and demanding an explanation – as if the video wasn’t clear enough.

So yes Minister, Jordan’s position on terrorism is clear – they won’t condemn terrorism when it is directed at Israel. 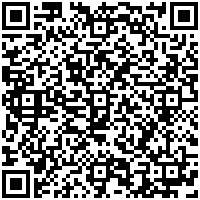