America is now called a post-Christian place; its government is overtly attacking Christian beliefs about birth control, abortion, and gay marriage.  The threat to these beliefs is a small though telling symptom of the larger social changes that, though little considered, are proceeding as traditional Judeo-Christian integrity departs.  The problem is, abandoning America’s traditional religion discards its related moral behavior, too.  And societies without a strong moral order are very unpleasant places to live — try Afghanistan, Somalia, or Mexico.


It’s instructive to compare two dictionary definitions of “integrity” from the same source, Merriam-Webster, in 1943 and in 2013.

In 1943, integrity meant one’s adherence to Judeo-Christian values; today, it means adherence to…something.  Without explanation, we really don’t know what.  We’ve shifted from an engraved stone tablet standard to a rubber ruler.  When we now praise someone’s integrity, we are praising his adherence to an unspecified system — that is, we praise his stubbornness, not his values.  The word “integrity” has lost its older meaning.

Some accuse President Obama of lacking integrity because he doesn’t tell the truth.  In the middle of the last century, they would have been correct; today, they’re unfair.

The president promised that ObamaCare would help the deficit, save money, provide better care, and allow all to retain their existing insurance.  None of those are the case.  But under the situational ethics of moral relativism, the president said what he believed necessary to pass his program through Congress.  He saw obtaining that passage as a greater good than stating unhelpful facts.  And he was successful; ObamaCare is now law.  Under our present definition of integrity, the president showed exactly that in doing whatever was necessary to achieve the good as he saw it.

Scandals have arisen now from the president’s use of government agencies against opponents of all stripes: media, Tea Party, GOP political donors, conservative non-profits, etc.  He faces significantly less scandal for his use of government agencies against Jewish and Catholic institutions via ObamaCare, but morally and legally, those differ little from the foregoing cases.

That sums up the problem with our replacement for Judeo-Christian morality: one may show integrity, as newly defined, by doing whatever one wishes to do — with moral justification usually available, as when the president claims the right to kill whoever he decides is a threat.  And he’s happy to use the entire resources of the U.S. Government in furtherance of his goals, at taxpayer expense.

Obama is entitled; he was elected; he “won.”  Therefore, his goals, not the Ten Commandments, define what is moral.  That being the case, he has a duty to protect his goals with the entire resources of government.  Setting the IRS and the Justice Department onto his opponents is necessary and proper.  In simpler times, this was described as “might makes right.”  It’s all in the words you select, right?

In the end, there is no law without a lawgiver.  If your lawgiver is the Creator, as the Declaration of Independence has it, then both you and the state are subject to that law.  That’s what provides the people their right to correct or replace the government when it departs from that law, as the Declaration specifically provides.

When the Creator is not acknowledged as Supreme Lawgiver, none is left to fulfill that role but the State.  The state then decides everything and has a duty to enforce its decisions while the people must give up their right to correct or replace the government.  That justifies the government’s taking any action it deems necessary, just as President Obama has repeatedly claimed.  All power originates in government in this scenario, recalling Mao Zedong of Communist China’s remark: “All political power grows in the barrel of a gun.”

It’s notable that Communist China was and remains among the most corrupt governments on earth.  And in a post-Christian, and therefore post-constitutional, America, that is becoming the only available model remaining. 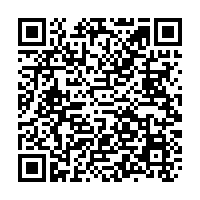