Thousands of Turks have been protesting this past week, in the country’s fiercest anti-government demonstrations in years. This morning, the White House called for all parties in Turkey to “calm the situation.” That kind of language from the Administration always scares me, because I know they’re about to do something stupid. But, my fears aside, the spokeswoman for the Administration said the U.S. believes peaceful public demonstrations “are a part of democratic expression,” and Turkey’s long-term stability is best guaranteed by upholding “the fundamental freedoms of expression, assembly and association.” She specifically called on security forces in Turkey to “exercise restraint.”

I’ve been corresponding with (and quoting lavishly) our frequent contributor Sinem Tezyapar, who lives in Istanbul, and nagging her for a first-hand report about events in her gorgeous city. She took a couple of days, but here it is, her first-hand account of what she thinks is really going on in Turkey these days.

Incidentally, after witnessing the pepper spraying, head bashing, face cracking police work in many U.S. cities over the “occupy” summer of 2011, I believe my president should take it easy on lecturing folks abroad on exercising restraint.

For the last couple of days, because of the protests that were triggered by redevelopment plans of a park in Istanbul’s Taksim Square, I have been asked many times whether this could be the flame of a “Turkish Spring.” Once again, things about Turkey are being blown out of proportion and misrepresented with distorted information.

To begin with, it is simply not fair to compare Turkey—a democratic and secular country—with the Arab countries where people fought for their democratic rights, equality and freedom via protests, to free themselves from tyrannical regimes.

For one thing, the AK Party has been re-elected for the third time; each time, they have increased their share of the vote—a unique situation in the Turkish Republic’s history, and arguably, a rare situation in the worldwide political arena.

What’s more, it was the Turkish public that asked PM Erdogan to modify the current term-limit regulations so that he can serve as PM for another term. As a matter of fact, if elections were held today, PM Erdogan would very likely win the vote by 70%. So the inferences that mention Turkey’s democratic system in the same breath as brutal and repressive dictatorships in some Arab countries are inappropriate and disingenuous reflections. It is like trying to judge the whole of Turkey by just looking outside your window that opens on a narrow alley. It is important to remember that Turkey’s population is 76 million, and Turkey’s dynamic and public opinion cannot be framed with some protests of provocative factions.

The system in Turkey is based on democracy, and everyone in Turkey has the right to express his/her views freely, as well as to hold a peaceful protest rally within the boundaries of laws. However, no democratic system gives the power to those who resort to violence. Thus, if there is meaningful discontent with the current government, then the people can vote to change the government very soon. Every four years, elections are duly held in Turkey and the Turkish nation makes its choice by exercising their democratic rights; consequently the government will not resign simply because some people say so, or because others conduct undemocratic, unlawful, violent actions. The elected government can only be replaced through democratic means, not by the threats of rampaging mobs in the streets.

The events in the Taksim Park area involved two groups; yes, there were people who were sincerely alarmed, assuming the green space would be harmed. For that reason, the public should have been better informed about the redevelopment plans. The municipality should have stressed that the uprooted trees were to be planted elsewhere and that no harm would come to them. It should have been emphasized that both historic and natural beauty was the objective in the Taksim development: in fact, the new project will have more trees than are in the current park. What’s more, the AK Party government has forested a 900,000 hectare (2,225 acres) area and there’s continuous effort to increase the green area. Just for Istanbul alone, one million square meters of new, active green spaces are added every year.

It would have been good for the government to set out such important projects in detail right from the outset and keep the public well-informed, so that there were no excuse for the provocateurs to take action. In addition, and as a general policy to eliminate any groundless fears, it should have also been emphasized to atheist and communist citizens that they can live freely and securely in this country.

Since people were not properly informed about the details of the Taksim Gezi Park development project, they reacted. Thus, some may have joined peaceful protests thinking that they would be left without trees. But for others, it was another opportunity for clashes with the police. As a matter of fact, within the last couple of days, because of the violent protestors, 26 policemen were injured and one is in a coma. Can this be the result of love for trees? If the protestors did this for the love of trees, what about love for their fellow man? They have thrown heavy stones, and balls full of nails at policemen; they have burned streets and buses, demolished stores, ripped up paving stones. People who love trees and make peaceful protests do not spill blood, spread terror and vandalize public or private property.

Changing the regime through arson and destruction is out of the question in any democratic system. The nation decides if the government should stay in power, not a handful of malcontents.

The Communists number 50,000 at most, out of a Turkish nation of 76 million. Just as the majority cannot oppress the minority, the minority cannot oppress the majority either. But some on the political left are engaging in aggression born by the frustrating knowledge that they can never come to power by democratic means. That violent aspect of Communism is deeply offensive. Social justice must be applied with compassion, not violence.

Some Communist groups began vandalizing the streets and buildings and spreading false rumors in order to whip people up into a frenzy. It was definitely not about parks or green spaces, though the protest action started off that way; it was hijacked by chronic malcontents.

Police reacted to stone-throwing protesters by firing tear gas and using water cannons, in some cases too fiercely, to be frank. The excessive force of the police should be—and will be—investigated, as Turkish officials have already stated. However some on the left in Turkey love to create an uproar and clash with the police whenever they can. They try to manipulate and exploit every peaceful protest—which is a democratic right in Turkey—and turn them into violent attacks that ruin the social order. What they did was an unnecessary provocation and even after the police withdrew, Communist protestors continued to destroy shop windows, cars and police buses with sledgehammers. One can easily see the flags of Communist and illegal factions being openly displayed.

They just followed the teachings of Lenin:

“They must arm themselves as best they can (rifles, revolvers, bombs, knives, knuckle-dusters, sticks, rags soaked in kerosene for starting fires, ropes or rope ladders, shovels for building barricades, pyroxylin cartridges, barbed wire, nails, etc., etc.). … Even without arms, the groups can play a most important part:
1) by leading the mass;
2) by attacking, whenever a favorable opportunity presents itself, policemen… and seizing their arms;
3) by rescuing the arrested or injured, when there are only few police about;
4) by getting on to the rooftops or upper stories of houses, etc., and showering stones or pouring boiling water on the troops, etc. …
To launch attacks under favorable circumstances is not only every revolutionary’s right, but his plain duty. The killing of spies, policemen, gendarmes, the blowing up of police stations, the liberation of prisoners, the seizure of government funds for the needs of the uprising… Every detachment of the revolutionary army must be ready to start such operations at a moment’s notice.”
(Vladimir Ilyich Lenin, Collected Works, Moscow: Progress Publishers, 1972, vol. 9, pp. 420-424.)

But, as Mustafa Kemal Atatürk, founder and first President of the Republic of Turkey, stated, “We are neither Bolsheviks nor Communists; we cannot be either of them because we are nationalists and respectful to our religion.” 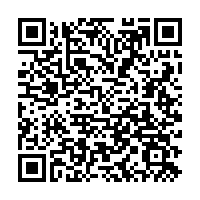