By Faye Higbee and Jeff Dunetz

Saturday’s Women’s marches like similar progressive protests since Trump’s inauguration was infused with anti-Semitic messages and leaders.   Much of the propaganda that is perpetuated by this so-called “Women’s Movement” is pro-Hamas. (Reminder- Hamas is a terrorist organization). How’d that happen? One of the organizers of the protest is Linda Sarsour, the anti-Semite who is supported by Democrats such as New York’s Governor Cuomo and Senator Gillibrand.

The March 2017 “Day Without Women” protests were run by a Palestinian Terrorist who killed two students, groups who called for the destruction of the State of Israel, and groups who participated in the anti-Semitic BDS movement.

So it’s fairly natural that the movement would not just be anti-Trump, but pro-terrorist as well.

Saturday’s march included another Antisemitic woman with ties to the Muslim Brotherhood/Hamas. She was part of the Florida march: Rasha Mubarak, the CAIR regional coordinator.  And when several Jewish ladies attempted to say something about that, they were blocked and their comments deleted by the Women’s March page, saying that they “don’t tolerate hate.”

This was posted by one Jewish lady:

I will not support any march Rasha Mubarak is featured in. Rasha Mubarak is CAIR Floridas Regional coordinator. She is also the PR person for the MWO. Here are the reasons I refuse to participate in any event she is given a leadership role:

Here is Ms. Mubarak at an Al Quds rally awash with Hezbollah flags. Hezbollah of course
has been designated a terrorist organization and is responsible for several deadly attacks including the attack on barracks in Lebanon which killed 241 U.S. marines. In the video Ms. Mubarak says to a man she calls Uncle: “Dont talk to them Uncle, they’re Jews.”

Just as disturbing– Ms. Mubarak also, a few short months after the attack at Pulse welcomed Imam Siraj Wahhaj to Orlando for a CAIR fundraiser. Wahhaj is an unindicted co-conspirator in the 1993 World Trade Center Bombings. He acted as a character witness for the Blind Sheik and famously threatened to take the mob to Toronto to stop a gay-friendly mosque in Toronto from being established.

…More recently (October) Rasha Mubarak welcomed disgraced Linda Sarsour to Orlando. Sarsour famously tweeting that 2 women need an “ass whippin# and that she “wishes she could take their vaginas away.” One of the women she attacked in her tweet is Ayaan Hirsi Ali a genuine feminist, women’s rights activist and survivor of female genital mutilation. This was but one of several other hateful tweets:

All of the above considered (and there’s more) Ms. Mubarak is not qualified to speak on feminism…”

The Orlando Women’s March Page deleted the woman’s remarks, calling them “divisive” and insinuating the lady and the other Jewish commenters who wanted to bring attention to the above video were “bigoted” and “hateful.”

Interesting how the Women’s March claims to be “inclusive” and for “free speech” when they only allow the opinions of giddy liberal women who have no clue what’s really going on. And they are decidedly pro-Palestinian to the exclusion of every other group in spite of their claims otherwise.

“Pro apartheid” is a common statement used as propaganda by the pro-Palestinian crowd. The Jewish women were even called “Nazis” by one woman on the page- a term that cuts at the heart of who the ladies are. The Women’s March claims to be inclusive, yet have thrown Jewish women out of the marches so often, that a new band of progressive Jewish women has formed their own group, according to Algemeiner.

And their hero Linda Sarsour Claims Zionists cannot be feminists. “It just doesn’t make any sense for someone to say, ‘Is there room for people who support the state of Israel and do not criticize it in the movement?’ There can’t be in feminism. You either stand up for the rights of all women, including Palestinians, or none. There’s just no way around it,” Sarsour said. But she doesn’t support Jewish women having rights.

The leaders of the Women’s March are also attempting to gain sympathy for 18-year-old Palestinian, Ahed Tamimi, who has routinely punched and kicked IDF officers since she was 13, screaming in their face…until she was finally arrested as an adult. The Tamimi family videotaped her assaults on IDF soldiers for Palestinian propaganda. She and her family have become internationally famous. But woe to the person who speaks the truth about her, as this Jewish lady noted:

That post garnered accusations straight from the Palestinian playbook – ‘Israel is apartheid,’ ‘Israel kills children,’ etc. Israelis call much of the lies “Pallywood” since many of the accusations appear to be staged as you can see at the link. But the post is correct – in many countries, the girl would have been shot dead for her actions.

The media has alleged that Ahed Tamimi is “just a child and is only 17” when she is actually 18.  Now the women’s march organizers want her freed. She is most certainly not a “victim,” as they try to paint her.

Sarsour was also leading the Las Vegas version of the protest which took place Sunday. Included in Sunday’s program was Alicia Garza, co-founder of the police hating Black Lives Matter and special projects director of the National Domestic Workers Alliance. The Black Lives Matter moment (BLM) supports the anti-Semitic BDS movement, based on this false rhetoric they composed:

[Support to Israel] not only diverts much needed funding from domestic education and social programs, but it makes US citizens complicit in the abuses committed by the Israeli government. Israel is an apartheid state with over 50 laws on the books that sanction discrimination against the Palestinian people. Palestinian homes and land are routinely bulldozed to make way for illegal Israeli settlements. Israeli soldiers also regularly arrest and detain Palestinians as young as 4 years old without due process. Every day, Palestinians are forced to walk through military checkpoints along the US-funded apartheid wall. —Build invest/divestment campaigns that ends US Aid to Israel’s military industrial complex and any government with human rights violations.

The women who spent long hours attempting a dialogue with the Women’s March were met with comment deletion and platitudes about “hate.”  Yet these Jewish women remember when their people were marked, then murdered… choked to death in gas chambers, burned to death in ovens or shot and thrown into mass graves. They know where hate really leads better than any women involved in the marches.

This so-called “feminist/Women’s Rights movement” has been hijacked by the people who hate Jews, and everyone else they don’t agree with. It’s not just about “nasty women” who hate Trump…it’s about hate on a far deeper scale. 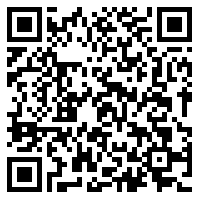