Russian President Vladimir Putin is slated to visit the largest Jewish museum in the country, located within the Chabad complex in Moscow, next Monday in honor of International Holocaust Day, which falls on January 27 — but he has postponed the visit until Monday.

The United Nations date for International Holocaust Day — and the date on which worldwide memorial ceremonies are being held — falls on the Jewish Sabbath.


But Russia’s head of state courteously moved the date of his visit to attend the ceremonial opening of a special exhibition at the Jewish museum, sparking media attention in Moscow.

Russian Chief Rabbi Berel Lazar, President of the Association of Jewish Communities of Russia, Rabbi Alexander Breda, the ambassadors of numerous countries, community leaders and Holocaust survivors will also be present at the ceremony.

The exhibit marks 75 years since the sole successful uprising in a concentration camp – that of Sobibor – where some 170,000 Jews perished and a number survived, including those who managed to escape during the uprising. The last survivor of this daring operation passed away two months ago in St. Petersburg.

“It should be noted that this is not the first visit by President Putin to the huge Jewish museum in the center of the neighborhood,” according to the Shturem website. The Russian president also was present for the opening of the museum and the arrival of the sacred books from the Schneersohn Library, which today are housed in a special department at the museum.

Down To Earth Inspiration 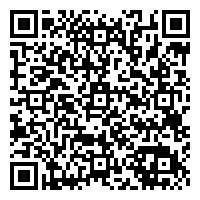