Note: In a few weeks Israel will be commemorating the 50th Anniversary of the Six-Day-War. From now through the anniversary The Lid will present a series of articles under the headline “50 Years Since The The Six-Day-War, ” with the purpose of telling under-reported stories of the war.  Today’s entry about Eli Cohen present the story of the man known as the greatest spy in Israeli history. Some might even suggest that he was the greatest spy of the 20th century.

On May 18, 1965 fifty-two years ago, Eli Cohen, the Israeli intelligence agent who succeeded in penetrating the highest levels of Syria’s political and military elite before being arrested and convicted of espionage, was executed by hanging in Damascus’ Martyrs’ Square. Israeli spy Eli Cohen was publicly executed by the Syrians. This execution was aired on national Syrian television. After his execution, a sign with Anti-Zionist messages was placed on his hanging body. His body was left to hang for six hours.

Even though it was two years before the Six-Day War, more than any one single person Eli Cohen was the hero of the June 1967 conflict.

He was recruited into Israeli military intelligence in 1960. He was given a false identity as a Syrian Arab who was returning to Syria after living in Argentina. To establish his cover, Cohen moved to Argentina in 1961.

Early the following year, Cohen moved to Damascus. He had the foresight to embed himself with the Ba’ath party which he believed would soon rule Syria. They took over the country via military coup in 1963, by that time Eli Cohen  (who was known in Syria as Kamel Amin Tsa’abe) was entrenched within the social elites of Syria. He became a “trusted friend” of the highest-ranking members of the party, while at the same time using the hidden transmitter in his home to send Israel Syria’s secrets.

Because of his high position in Syria’s social strata, in 1963  He was invited to discussions regarding Syria’s intentions to divert water from the headwaters of the Jordan River. That would have cut off one of Israel’s major fresh water supplies. Cohen transmitted the diversion plan back to Israel the IAF was able to effectively destroy the Syrian. Note for those of you who have never been to Israel…it’s called the Jordan River…but it’s more like a creek.

Cohen’s biggest achievement was to set up the Golan Heights to be conquered by Israel in the Six-Day-War.  The Golan Heights is a plateau which overlooked the Syria/Israel border and allow the Syrian military, the high ground to send armaments into the northern Israeli villages.

Perhaps his best move during the visit,  Cohen was able to put the equivalent of a target on the Syrian bunkers in the Golan Heights. He suggested to the Syrian military that eucalyptus trees should be planted around the military bunkers and mortars targeting Israel. Cohen told his Syrian buddies the trees would provide natural cover for the outposts (eucalyptus trees grow very quickly), preventing soldiers and personnel from suffering the effects of heat stroke. They thought it was a great idea, and planted the trees

Of course Cohen passed on the information to Israeli intelligence. During the Six-day destroyed the majority of those Golan Heights locations by targeting the Eucalyptus trees. The mature trees are still evident today when visiting the sites

In January 1965 hired Soviet experts caught him in the act of sending a radio message after large amounts of radio interference brought attention. At the time Eli Cohen was the third in line to the Presidency of Syria

After a showcase trial, he was found guilty of espionage. He was publicly hanged by Syria on May 18, 1965. To this day Syria refuses to return Eli Cohen’s remains to his family for burial in Israel.

A few years ago, in recognition of Cohen’s contribution to Israel’s survival, the Jerusalem Post interviewed the radio operator who received and decoded Cohen’s messages while he was in Syria:

Forty-three years have passed since he was executed, but Eli Cohen – “Our Man in Damascus” – is still considered by the defense establishment as the greatest spy in Israeli history. On Monday, The Jerusalem Post interviewed the man who for three years received and decoded the transmissions Cohen sent back to Israel from deep inside Syria.

Cohen operated behind enemy lines – establishing close ties with the top Syrian political and military leadership – from 1962 until he was hanged almost exactly 43 years ago on May 18, 1965.

“A,” today a 62-year-old veteran of the Israeli intelligence community, was a 20-year-old radio operator with Military Intelligence (MI) when in 1962 he began receiving the daily radio transmissions from Damascus.

“I didn’t know who was sending the messages,” A told the Post on Monday during a tour of an exhibition on MI’s history that will open to the pubic on Independence Day. “It was, however, clear that the short messages were of extreme importance, which later helped determine Israel’s destiny ahead of the Six Day War.”

Cohen’s transmissions were instrumental in helping the IDF prepare for the 1967 war with Syria. He provided information about the Syrian Air Force and military positions on the Golan. Mossad chief Meir Amit has been quoted as saying: “Eli succeeded far beyond the capabilities of most other men.”

According to “A,” Cohen used to send daily messages always at the same time of the day – 8:30 a.m. Cohen, who was known in MI by the number 566, wrote in encrypted French and sent his messages via a tiny radio transmitter.

The last original message that was transmitted to MI headquarters in Israel was sent by the Syrian military following Cohen’s capture:

To [prime minister] Levi Eshkol and the handler of his spies: Kamel [Eli Cohen’s fake identity in Syria] and his friends have been staying by us for some three years. Signed by: Syrian Arab Intelligence.”

With that message Israels leaders knew what Eli Cohen was about to face.

Cohen was tortured and convicted by a military tribunal which had denied him a lawyer. Despite many appeals, including from Pope Paul VI and the governments of France, Belgium and Canada,  the Syrian government refused to commute the death sentence, Eli Cohen was executed in Martyrs’ Square, Damscus, in May 1965 before some 10,000 spectators and a TV audience.

Although the Six-Day-War wouldn’t happen for another two years, Eli Cohen was one of the keys to Israel’s victory over Syria in 1967.There is no question that the intelligence that he sent was instrumental in allowing Israel to quickly and effectively defeat the Syrians and gain the Golan Heights.  All they had to do was target the trees.

May Eli Cohen’s memory always be for a blessing, he was a true hero. 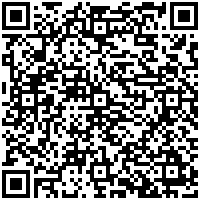