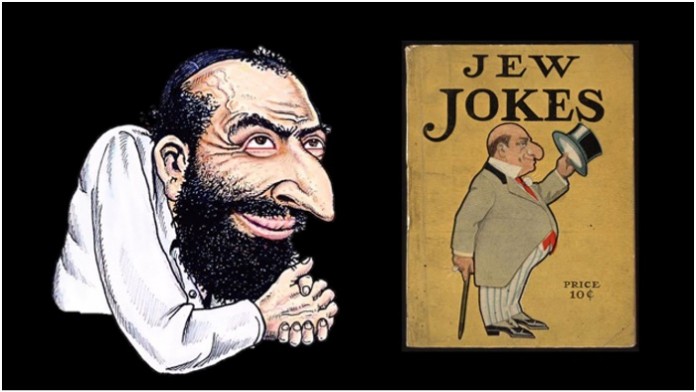 A political candidate in Virginia, a television game show host, and a Washington, D.C. historian, among others, seem to think that jokes about “Jewish noses” are funny. They’re not. In fact, they’re dangerous.

In Virginia, Hahns Copeland, a Republican candidate for the House of Delegates, last week mocked the size of a Jewish delegate’s nose. Earlier this year, Mike Richards, the new host of “Jeopardy,” was revealed to have made a joke about a Jewish woman’s nose.


And then there’s Dr. Rebecca Erbelding, a staff historian at the United States Holocaust Memorial Museum, who tweeted in 2019: “At a talk, today, asked about my personal background. I confessed that I’m not Jewish, but with a Hebrew first name, German last name, and my nose and hair, I ‘pass.’”

It’s instructive to see how each of these controversies played out.

Erbelding has never apologized at all. In fact, she hasn’t even acknowledged the public’s legitimate concerns about what she wrote.

Producers were right to oust Richards and replace him with an observant Jew, actress Mayim Bialik. That sent a message to the public that anti-Semitism can’t be washed away with an apology.

The Holocaust Museum historian’s response has been the worst of all. Dr. Erbelding’s refusal to address the controversy, much less apologize, is an insult to the public, which pays her salary. For a government-funded institution to have somebody who jokes about “Jewish noses” on its staff is an embarrassment. For a Holocaust museum—which is devoted to teaching about the horrific consequences of anti-Semitism—it’s positively shameful.

The danger of the “Jewish nose” stereotype dare not be underestimated. The notion that there is a distinctive “Jewish nose” is one of the oldest anti-Jewish myths. Jew-haters invented it in the 12th century as a way to single out Jews for contempt.

Government propagandists in Nazi Germany often used the “Jewish nose” stereotype in their hate-mongering. A notorious Nazi film in 1940, called “The Eternal Jew,” which claimed to expose the “real” Jew, focused again and again on “Jewish faces,” zooming in on their noses to make Jews seem repulsive.

Images of big-nosed Jews frequently appeared in the Hitler regime’s news media, cultural publications, and children’s books. Der Giftpilz, an anti-Jewish children’s book published by Julius Streicher (who was also the publisher of the Nazi newspaper Der Sturmer), featured a section called “How To Tell A Jew.” It showed a 7th-grade boys’ class, in which “Karl Schulz, a small lad in the front row,” stepped to the chalkboard and proclaimed: “One can most easily tell a Jew by his nose. The Jewish nose is bent at its point. It looks like the number six. We call it the ‘Jewish six.’ ”

In much of the Muslim world today, caricatures of Jews with stereotypical noses regularly appear in viscously anti-Zionist / anti-Israel editorial cartoons.

Perpetuating stereotypes such as the “Jewish nose” is not just offensive. It can have real-life consequences. Prof. Jonathan Kaplan of the University of Technology-Sydney has pointed out that the perpetrator of the Pittsburgh synagogue massacre, Robert Bowers, echoed classic anti-Jewish stereotypes in his online ravings. “How we speak about and depict others in the media and social discourse perpetuates long-held stereotypes and ultimately emboldens hate-filled individuals,” according to Prof. Kaplan.

Whether told by a co-worker at the water cooler, a schoolyard bully, a celebrity, or a museum historian, jokes about “Jewish noses” deserve the public’s scorn—and there must be consequences. 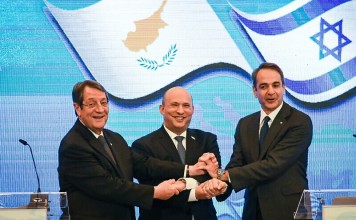 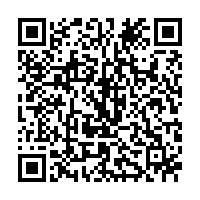