Rebbe Nachman’s foremost student, Reb Noson of Breslov, once said: “Nowadays, everyone refers to Rabbi Zusia of Anipoli as “the Rebbe, Reb Zusia.” But there was a time when he was called the “meshugener melamed” (the crazy schoolteacher). And so today, those who are truly serving G-d may seem crazy in most people’s eyes, but there will come a time when the world will understand the greatness of a devout Jew” (Siach Sarfei Kodesh I-624).

How often have we felt “weird” when carrying out a mitzvah that doesn’t have a logical explanation? I remember first having this feeling many years ago in my teenage years as I waved my lulav and esrog in shul. I looked around at everyone else who was waving their arba minim and thought to myself, “What are we doing? This looks so bizarre.”


As I got older and matured, however, I came to appreciate that we Jews carry out mitzvos with simplicity for no other reason than the fact that Hashem commanded us to in His Torah. The rest of the world can look at us as meshugene, but just like Rabbi Zushe of Anipoli was eventually held in high esteem, there will come a time when the rest of the world will acknowledge the greatness of the Jewish people, who carry out Hashem’s will even when we don’t understand.

This is a powerful idea worth internalizing as we enter the month of Cheshvan, which has no holidays. It’s a month of plainness. The contrast between Cheshvan and the previous month of Tishrei, which is full of Yomim Tovim, makes Cheshvan seem bitter (mar). Hence it is called MarCheshvon.

As we return to our daily routines and seek to infuse meaning into the mundane, let us rejoice over the countless mitzvos we were able to fulfill during the special month of Tishrei.

It is said about the holy ARI (Rabbi Yitzchak Luria, 1534-1572) that he attained the profound spiritual levels he attained only due to simcha shel mitzvah, rejoicing over the performance of mitzvos.

This means he was so grateful to be able to carry out the will of his Creator that he experienced only boundless joy while doing mitzvos even if he had to endure physical discomfort or monetary loss.

May Hashem help us to truly rejoice over every mitzvah we’re able to perform and may this truly propel us to higher and higher levels of spiritual attainment. Amen. 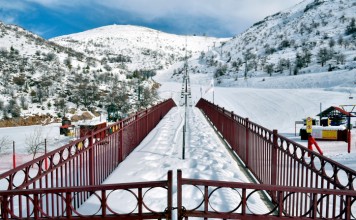 Where Am I: White 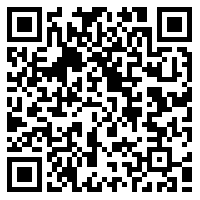