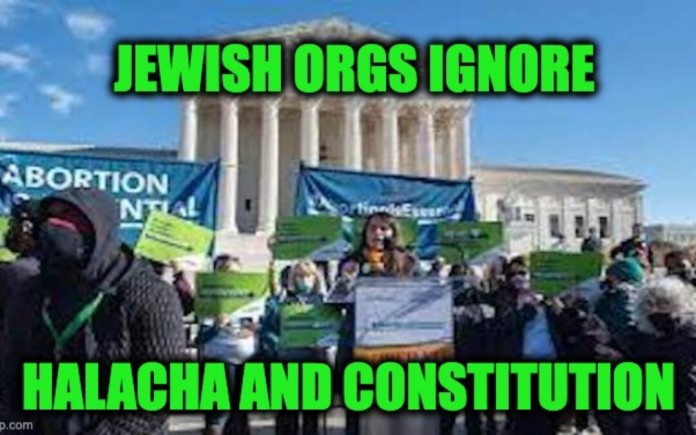 Since the SCOTUS Roe v Wade decision, I’ve read many articles where Jewish organizations claim that abortion decision is a state issue,  violates their religious beliefs. A claim that is hyperbolic and ignores Jewish law.

Truth is, Jewish scripture and halacha can be used for pro-life and pro-abortion arguments; however, most references are pro-life.

The powers not delegated to the United States by the Constitution, nor prohibited by it to the States, are reserved to the States, respectively, or to the people. But I should return to the subject of this article.

Under normal circumstances, it is forbidden to take the life of an unborn child, and it may be akin to murder (depending on the stage of pregnancy and birth).

Judaism disapproves of abortion on demand as a method of contraception. The rabbinical sages agree that since the fetus will become a full-fledged human being, abortion is only permitted to protect the mother’s life or in other extraordinary situations. Jewish law does not sanction abortion on demand without a pressing reason as it violates the commandment “Be fruitful and multiply.”

Abortion is required if necessary to save the mother’s life. It is considered an act of self-defense, the same as shooting someone before they shoot you.

Judaism recognizes psychiatric and physical factors in evaluating the potential threat the fetus poses to the mother. However, the danger posed by the fetus (whether physical or emotional) must be both probable and substantial to justify abortion),

As with most Jewish law issues, the degree of mental illness to warrant an abortion is still being debated by halakhic scholars. Most Jewish law is decided by debate. In fact, the entire Talmud consists of debates by Rabbis. But there is no debate that if pregnancy causes a woman to become genuinely suicidal, then abortion is commanded. In pregnancies caused by rape, incest, or other biblically forbidden sexual activities, a key issue would be the emotional toll exacted from the mother in carrying the fetus to term. Other than that, there is no clear consensus.

Other than to save the mother’s life, one may not deliberately harm a fetus. Judaism holds accountable one who purposefully causes a woman to miscarry. Sanctions are even placed upon one who strikes a pregnant woman causing an unintentional miscarriage. But that doesn’t mean all scholars believe abortion is murder. Some of the ancient sages disagreed.

Others decide based on the fact that  Torah requires a monetary payment for causing a miscarriage. Specifically, the book of Shemot (Exodus) chapter 21:22-23 states:

“And should men quarrel and hit a pregnant woman, and she miscarries but there is no fatality, he shall surely be punished, when the woman’s husband makes demands of him, and he shall give [restitution] according to the judges’ [orders].

But if there is a fatality, you shall give a life for a life”

There are other pro-life Jewish teachings. As the Mishnah (part of the Oral Torah) says:

The Torah account of Abraham almost sacrificing Isaac is not only teaching about his loyalty to God but also teaching that God doesn’t want people to sacrifice their children. Later in the Torah narrative, Jews fought against pagans who sacrificed their children to idols.

“And thou shalt not let any of thy seed pass through the fire to Molech [a god of the Ammonites], neither shalt thou profane the name of thy God: I am the LORD.”

The sages tell us the fetus is not considered as “alive” as someone who has been born. But neither is it simply a mass of flesh without a soul. Indeed one of my favorite parables comes from the Babylonian Talmud. It teaches that an angel lives in the womb and watches over the embryo until it is time to be born. The angel teaches the unborn child everything there is to know about the mysteries of life and his or her soul. The angel also places a lighted candle at the head of the unborn infant, so he or she can see from one end of the world to the other. When the time comes for the child to be born, the angel puts her finger in front of her own mouth as if to say “shhh” and then presses the child’s upper lip, so all the memories are forgotten. According to this story, the light touch on the child’s lip leaves a small indentation about the lip called a philtrum, which is something we all have.

The story of the angel is not meant to teach that there is another being hanging out inside the womb with a fetus. It’s teaching us that a fetus does has a soul.

As you can tell by the above most Jewish law does not support abortion as a method of birth control. But organizations such as The National Council of Jewish Women, Rabbi Jill Jacobs, CEO of the liberal rabbi activist group T’ruah. The ADL, which supported anti-Semites such as Barack Obama and Keith Ellison, The Jewish Council for Public Affairs, Hillel International, and many others, all announced their objections to the Supreme Court Roe v Wade decision.

The upsetting part of their announcements is not their disagreement with the court’s ruling but their claim the SCOTUS ruling goes against Jewish tradition, and in some cases, they claim the ruling prevents observing the Jewish faith. Sadly, these Jewish organizations took their positions and published their disagreements without considering Halacha (Jewish Law). 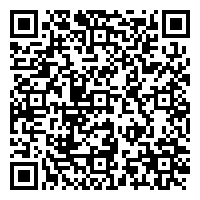