The check really is in the mail this time, Presidents Clinton, Bush #43, and even Obama gave lip service to moving the U.S. Embassy in Israel to Jerusalem, it became the political equivalent of “the check is in the mail.” But President Trump not only put the move into motion but on Friday the state department announced the US Embassy move to Jerusalem will happen in May as Israel celebrates her 70th anniversary. The official announcement read:

In May, the United States plans to open a new U.S. Embassy in Jerusalem. The opening will coincide with Israel’s 70th anniversary. The Embassy will initially be located in the Arnona neighborhood, in a modern building that now houses consular operations of U.S. Consulate General Jerusalem. Those consular operations, including American citizen and visa services, will continue at the Arnona facility without interruption, as part of the Embassy. Consulate General Jerusalem will continue to operate as an independent mission with an unchanged mandate, from its historic Agron Road location. Initially, the interim Embassy in Arnona will contain office space for the Ambassador and a small staff. By the end of next year, we intend to open a new Embassy Jerusalem annex on the Arnona compound that will provide the Ambassador and his team with expanded interim office space. In parallel, we have started the search for a site for our permanent Embassy to Israel, the planning and construction of which will be a longer-term undertaking. We are excited about taking this historic step, and look forward with anticipation to the May opening.


According to Channel 10 and Hadashot news, a ribbon-cutting ceremony is being planned for mid-May. Israel proclaimed independence on May 14, 1948, and that might be the day. That is the date on the secular calendar which may soften the blow to the Palestinians as Israel’s official celebration is tied to the Hebrew calendar. Independence Day known in Hebrew as Yom Ha’Atzmaut falls on April 19 this year.

Staff at the Consulate General building were told Friday that, as of mid-May, they would be considered employees of the embassy, Channel 10 reported.

The U.S. Consulate General Building In Jerusalem Will Become The Embassy

In its initial phase, Ambassador David Friedman will move to the consular premises the building will be formally renamed the US Embassy (the location is inside the 1949 armistice line).  Initially, the US will retrofit a small suite of offices in the facility for Friedman and key aides. Friedman will still also maintain an office at the current embassy in Tel Aviv, which would become a branch of the Jerusalem embassy. The Jerusalem consular staff will continue to provide normal consular services such as issuing passports and visas at the building

The rest of the embassy staff will remain America’s current facility in Tel Aviv. Over time, the Arnona facility will be expanded to accommodate more embassy personnel. The location is inside the 1949 Armistice line.

Eventually, a new embassy will be designed and built.

As one would expect, Israeli PM Netanyahu met the announcement with approval:

Indeed, all supporters of Israel should be echoing those sentiments:  Thank you, President Trump! 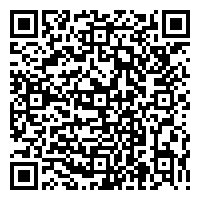