Just days after his apparent victory, Cynthia Farahat and I expressed our skepticism about the validity of these election returns:

SCAF exploits the Muslim Brotherhood and other proxies as its civilian fronts, a role they are happy to play, by permitting Islamists to garner an outsized percentage of the parliamentary vote, then to win the presidency. During the suspicious week-long delay before the presidential votes were announced, SCAF met with the Muslim Brotherhood’s real leader, Khairat El-Shater, and reached a deal whereby Morsi became president but SCAF still governs.

Though few analysts have embraced this version, there have been hints of it:

(1) On July 31, 2013, Josh Goodman and James Parks wrote in “Morsi Was Neither Democratically Nor Duly Elected” that

hailing Morsi as the democratically elected representative of the Egyptian people appears to be based on a rather loose understanding of “democracy.” The Brotherhood has been accused of bribing and intimidating voters and rigging ballots during the 2012 elections. The election suffered from abysmally poor voter turnout (43.4% of registered voters), which is especially troubling given the ostensibly historic nature of the race. Out of 23 million voters in the first round of elections, 12 million did not vote for either of the two candidates ultimately placed in the run-off vote. Capping this all off was a blatant power grab from the military, which changed the constitution mid-election to limit the power of the newly elected President.

(2) On Aug. 3, 2013, Gen. Abdel Fatah al-Sisi gave an interview in which he both denied having rigged Morsi’s election and (more interestingly) asserted that he could have done so had he wanted to.

Q: So you were giving the president advice on Ethiopia and the Sinai, for example, and he was ignoring you?

A: We were very keen and predetermined on his success. If we wanted to oppose or not allow them to come to rule Egypt, we would have done things with the elections, as elections used to be rigged in the past.

Ahmed Shafiq, the former air force commander and former president Hosni Mubarak’s last prime minister, actually won the race by a narrow margin. But the army generals—wanting to ensure that law and order would be upheld following the elections—feared that if Morsi was defeated, the Muslim Brotherhood would refuse to recognize the results and would end up conducting themselves just as they are now.

The official results, 51.73 percent for Morsi and 48.27% for Shafiq, were almost the exact reversal of what actually happened at the polls. After the results were published, we barely heard any calls for protest or opposition among the secular-liberals, while on the religious side—loyal either to the Muslim Brotherhood or the Salafi parties—voters were happy with their achievement.

Beilin goes on to explain that military officers expected the inexperienced Morsi to respect the army but he did not. Gen. Abdul-Fattah al-Sisi came under pressure from fellow generals some months ago but Sisi gave Morsi a chance to make amends. 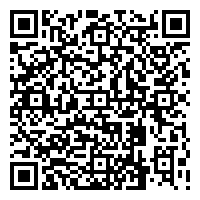