The Federal Bureau of Investigation’s list of “Ten Most Wanted” fugitives dates back to 1950 but the list of “Most Wanted Terrorists” dates back to just after 9/11 and a sense that terrorism had become a strategic threat. Today, the list includes 31 individuals, all of them male and with a single exception (Daniel Andreas San Diego, an animal rights extremist), all of them Muslim:

(1) Muslims make up 30 out of 31 most wanted terrorists, or about 97 percent of them. That’s a pretty good indication of what Bernard Lewis’ 1990 article famously called “Muslim rage” and why Islam-related issues have such prominence.

(2). Islamists make up 27 out of those 30; only the three perpetrators of the Pan Am 73 hijacking in 1986 (Rahayyal, Munawar, Turki), all connected to the Abu Nidal Organization, are not Islamists (or at least were not in 1986). This predominance of jihad reflects the Islamist hegemony among politically extreme Muslims.

(3) Ethnic Arabs make up 25 of the 30 terrorists. The largest numbers are 4 each of Lebanese, Palestinians, and Saudis, 3 each of Americans and Egyptians. Non-ethnic Arabs include 2 Filipinos, 1 Malaysian, 1 Pakistani, and 1 American convert. This high percentage confirms the sense that Arabic-speakers have the most pent-up hostility toward Americans.

(4) Most attacks by these most wanted fugitives date from the 1980s and 1990s – Khobar, TWA 847, East African embassies, WTC bombing. Symbolically of this relative antiquity, the only American airlines attacked by them were Pan American and TWA, both long defunct. This points to the greater success since 9/11 in both foiling and tracking terrorism, thanks to greater resources and more diligence.

(5) Also reflecting the long-ago quality of this most wanted list, note the striking pattern of their decadal birthdates:

The average age is close to 50 – not exactly the prime time of life for terrorism. The youngest listee, Hammami, will be 29 years old in less than a week. The eldest two, Umari and Sahiron, are approaching 80.

Originally published at DanielPipes.org and The National Review Online, The Corner, April 30, 2013. 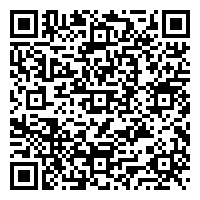